Monument to the Army of the Potomac at Gettysburg

The monument to the Army of the Potomac is on Hancock Avenue (Hancock Avenue at The Angle tour map) and a marker south of the Leister House on Taneytown Road.

The Army consisted of Eight Corps

July 1. The First and Eleventh Corps arrived, and were engaged north, and, west of Gettysburg,and fell back to Cemetery Hill in rear of the town. The Twelfth Corps and a large part of the Third Corps arrived at the close of the day.

July 3. The Twelfth Corps having by order vacated a large part of its line on Culps Hill, on the night of the 2d and Johnson’s Division of Ewell’s Corps having occupied the works. The Twelfth Corps in the morning attacked and regained the lines it had previously vacated. Hill’s Corps and Pickett’s Division of Longstreets Corps in the afternoon attacked the line of the Second Corps and were repulsed with great Loss. Stuart’s Confederate Cavalry in the afternoon attacked the Second Cavalry Division and the Second Brigade Third Cavalry Division and was repulsed.

Location of the Army of the Potomac Headquarters monument at Gettysburg 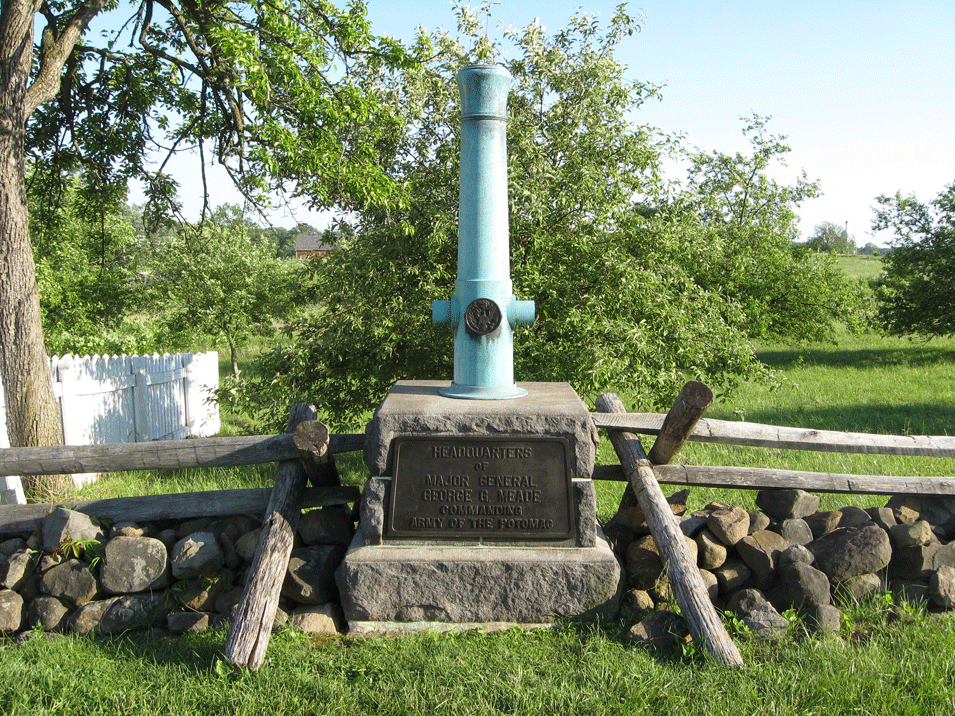 Monument to Headquarters of Major General George Meade at Gettysburg