Michigan provided over 86,000 men to the Union Army during the Civil War. Most served in the Western Theater.

Over 2,600 Michigan men fought in the Battle of Gettysburg. Over 1,111 (41%) became casualties. (see the States at Gettysburg) They were organized into seven infantry and four cavalry regiments, an artillery battery and four companies of sharpshooters. There are ten monuments to Michigan units at Gettysburg. Select any of the monuments below to see its Gettysburg monument page. 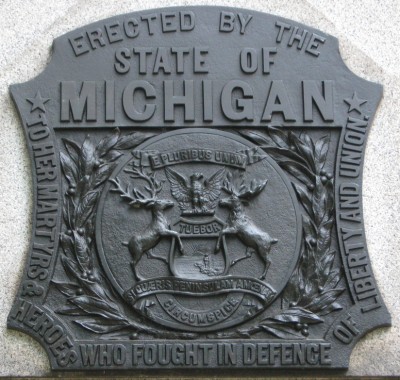 The state seal that is on all Michigan monuments at Gettysburg