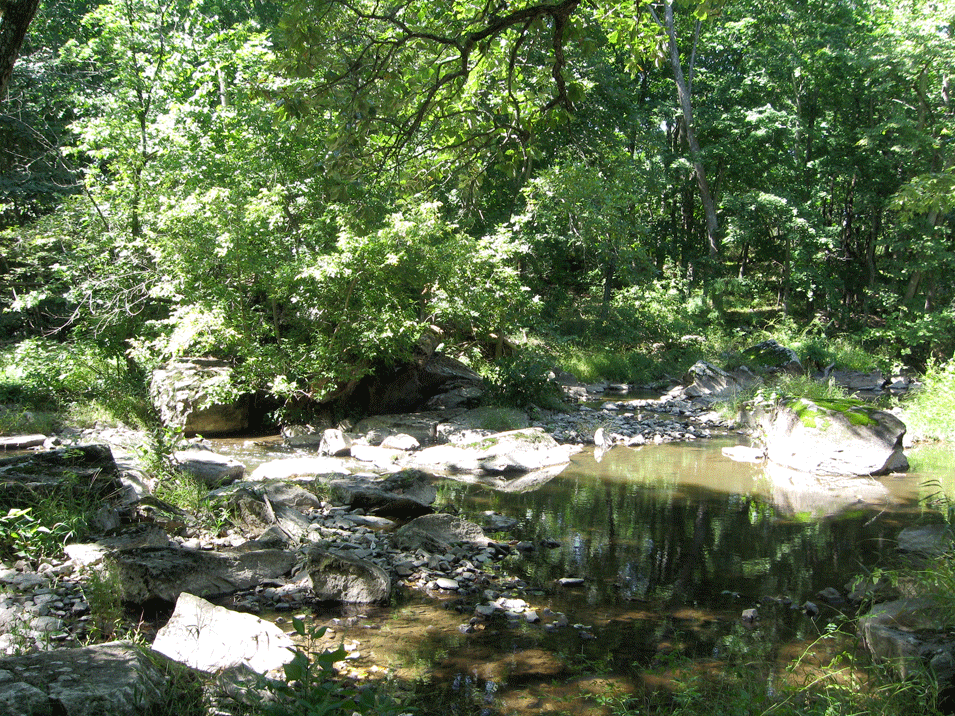 Site of McAllister’s Mill at Gettysburg

McAllister’s Mill was southeast of Gettysburg on Rock Creek. It was about a quarter mile north of where the creek crosses Baltimore Pike. It was said to have been built by James Gettys and another man around 1790 on the site of an even earlier mill that was built by Samuel Gettys in the 1760’s. The mill became the property of James McAllister in 1822. McAllister was a staunch abolitionist, and the mill became an important station on the Underground Railroad. Fugitive slaves would be hidden in the cog pit of the mill, relatively safe from pursuing slave catchers while they rested for the next stage of their journey north.

The McAllister Farm was just behind the Union lines of the fighting around Culp’s Hill and Spangler’s Spring. It was used as a hospital during and after the battle. A number of soldiers were buried on the grounds, and McAllister put in a claim for $1,200 worth of damages.

Over the years the mill fell into disrepair and eventually collapsed. The mill is little more than ruins today. The site is privately owned.

The millpond dam also deteriorated and the pond along Rock Creek that was upstream of the mill is no longer there. This has changed the depth of Rock Creek, which at the time of the battle was probably much more of an obstacle from the Spangler’s Spring area south then it is today.