The Lydia Leister farm – General Meade’s headquarters at Gettysburg – is on Taneytown Road at the intersection with Hunt Avenue. (Tour map: Taneytown Road) Its central location close behind what was roughly the center of the Union lines made it a perfect location as headquarters for the Army of the Potomac.

James Leister died in 1859, leaving behind his wife Lydia and six children. Lydia bought the wooden two-room house in 1861. It had a small hayfield and several apple and peach trees, as well as a spring. Lydia’s sister, Catherine, had married John Slyder, whose farm near Big Round Top was just a short distance away. It also played an important role in the battle.

The Leister farm during the battle

Lydia and her two girls who still lived with her left the farm as the battle grew near. Its position on the reverse slope of Cemetery Ridge just inside the fishook curve of the Union lines made it a perfect location for the nerve center of the Union Army. Meade’s famous council of war on the evening of July 2nd took place in the house’s tiny main room.

This nerve center was disrupted during the artillery bombardment preceding Pickett’s Charge. The farm’s location immediately behind the central point of the attack resulted in its being deluged with numerous overshoots from the hour-long Confederate barrage. One burst among the staff horses in the yard. Others carried away the steps and porch supports. Flying splinters dictated a move outside.

When Meade saw some members of the staff clustering on the downrange side of the flimsy house, the fearless, twice-wounded Meade joked with them about their imaginary shelter. But for the sake of efficiency he eventually moved his shot-torn staff a few hundred yards away to a nearby barn. When it, too, proved to be a target, they moved on to the 12th Corps Headquarters on Powers Hill, which was part of the Union Army’s series of signal stations.

Lydia Leister returned home to find her home punctured by numerous shot holes and seventeen dead horses in her yard. A shell had knocked down the porch supports. Several horses had been burned around her best peach tree, killing it. Her cow and horse were gone, her apple trees were destroyed, two tons of hay was gone from the barn, her wheat had been trampled, her spring spoiled by the dead horses, and all her fence rails burned. 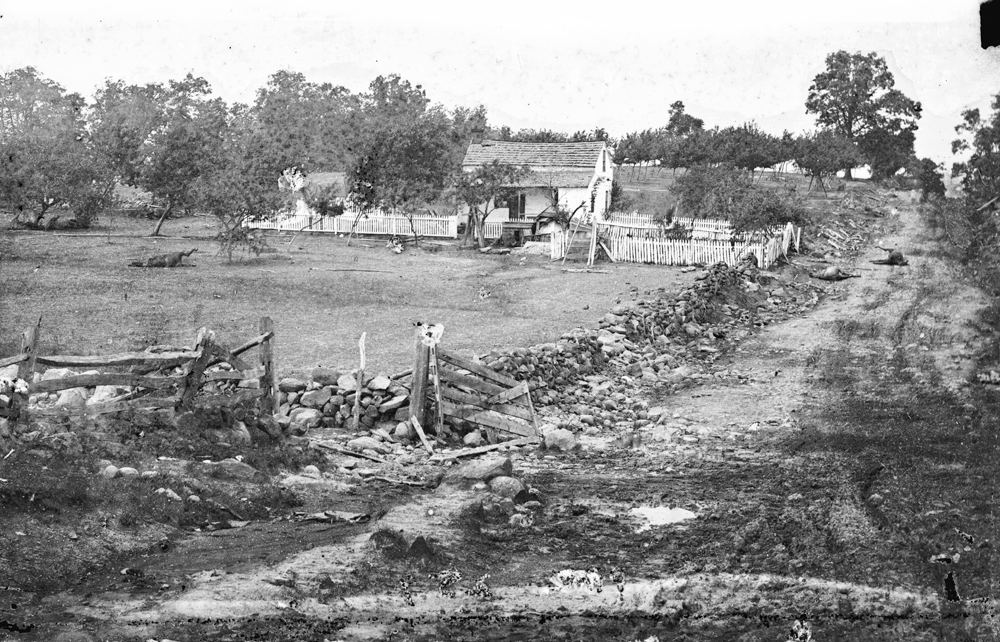 The Leister farm right after the battle.

In 1865 she told a reporter that all she received in compensation for the damage was the proceeds from the sale of the bones of the dead horses, at fifty cents per hundred pounds.

The hard-working widow repaired and replanted. She did well enough to add nine acres to the farm and a two story addition to the house. Lydia sold the farm to the Gettysburg Memorial Association in 1888.  She moved close to the Dobbin House Tavern on Emmitsburg Road. She took the house’s two story addition with her, and lived there until her she died in 1893.

The Gettysburg Memorial Association leased the old Leister farm out to tenants until 1933, when the National Park Service took it over.

Inside the Leister house

You can peer inside the windows to see the scene of one of the most important councils of war in American history.

Front of the Leister Farm

View of the Leister farmhouse from Taneytown Road.

Rear and side view of the Leister farmhouse, looking back to where the above photograph was taken

Except for occasional special tours, the best way to see inside the Leister Farmhouse – Meade’s Headquarters – is from the windows on the porch. 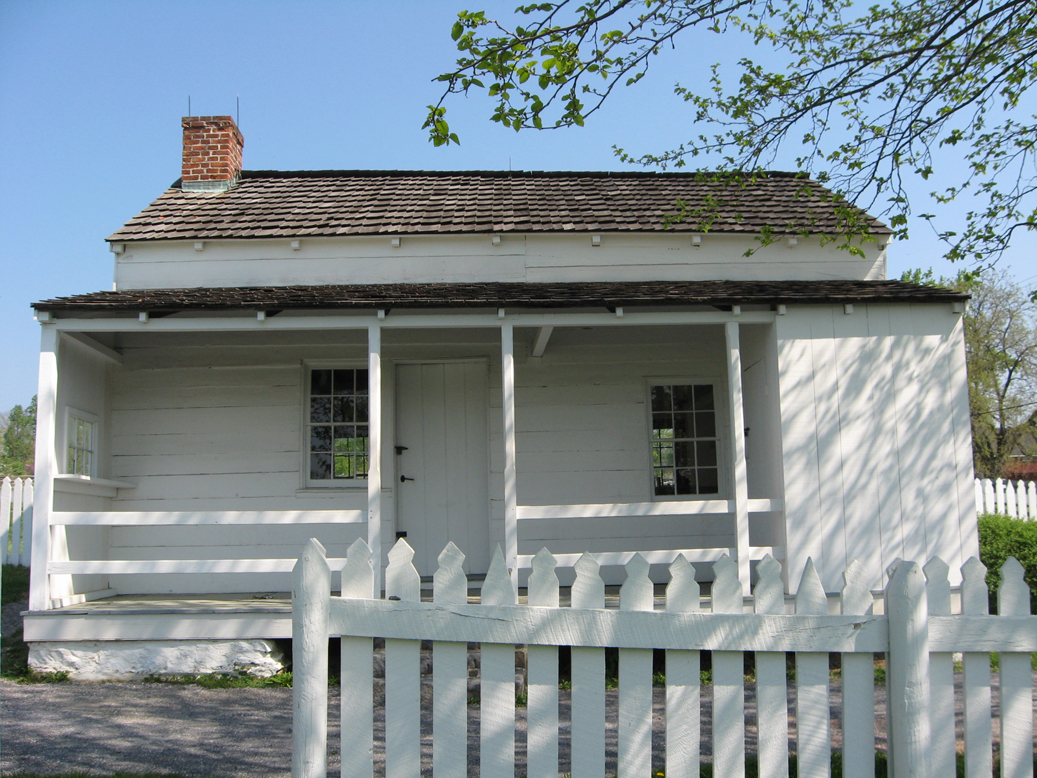 The door to the Leister house is on the south side, on the small sheltered porch. The house is usually closed to visitors, but it is easy to look into the house – and completely through it – from the windows.

The main room is where the famous council of war took place on the night of July 2. The tiny room was packed with a dozen generals:

Bedroom of the Leister farmhouse

The bedroom of the Leister farmhouse. Several tables and chairs were taken into the yard.  All her food disappeared but a small bit of flour and some lard Lydia had hidden under a bench before she left. A shell had torn through the house, “knocking a bedstead all to pieces.”

Location of the Leister Farm – Meade’s Headquarters at Gettysburg