Looking east from McPherson’s Ridge to the Lutheran Theological Seminary on Seminary Ridge. The Old Dorm is almost lost amid the trees on the right and overshadowed by the steeple of the Seminary Chapel, a postwar building.

The Lutheran Theological Seminary is on the west side of Gettysburg. (Seminary Ridge Avenue tour map)  It was founded in 1826 and is the oldest continuing Lutheran seminary in North America, with an enrollment of around 200 students. Its founder, Samuel Simon Schmucker, was a staunch abolitionist and supporter of the Underground Railway, hiding fugitive slaves in his home and barn. In July of 2017 the Seminary merged with the Lutheran Theological Seminary at Philadelphia to form the United Lutheran Seminary.

The Seminary in the Civil War

Most buildings on the campus are postwar structures. But Schmucker Hall, known as the Old Dorm, dates from 1832. The cupola of the Old Dorm, made famous in the movie Gettysburg, was an observation post for both sides during the battle. Its basement was a place of refuge for the Slenz family that rented McPherson’s farm just to the west. Schmucker Hall suffered a great deal of damage, including the loss of most of its window glass, many bullet holes, and a crack that extended nearly two stories.

The Union First Corps established a field hospital in the building on the first day of the battle. For the next two months the building housed almost 700 patients, some 70 of whom died there. Most were transferred to other facilities as soon as their conditions stabilized, but Lieutenant Colonel George F. McFarland of the 151th Pennsylvania Infantry remained until September. He was the longest and last patient at the Old Dorm.

The Seminary expanded during the 20th Century. The Old Dorm is almost lost among the new buildings and mature trees. Lightning struck and destroyed the famous cupola in 1913, but the rest of the building was saved. It was considered for demolition in the 1950’s, but an outpouring of support from the community and alumni preserved the structure. Since 1974 it has been a National Historic Landmark. It now houses the interpretive museum of the Adams County Historical Society. 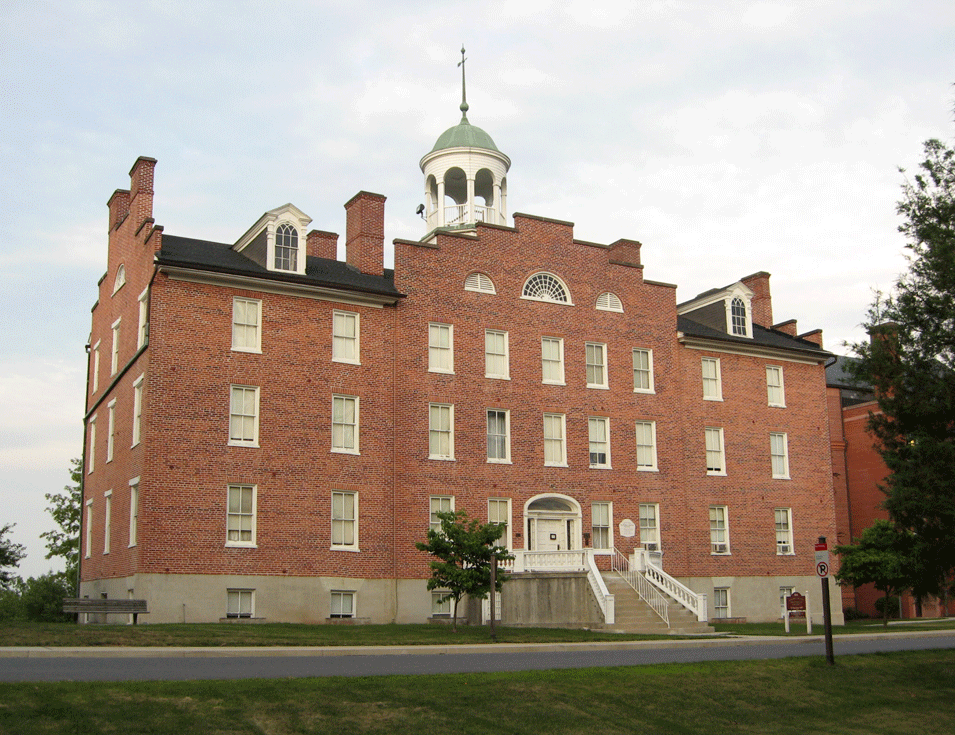 Schmucker Hall, or the Old Dorm, was a prominent landmark at the time of the battle whose cupola provided an observation post for both armies