Compiling precise strength and casualty figures for the armies at Gettysburg is difficult. The armies classified casualties somewhat differently. Lightly wounded Confederates who returned to the ranks were often not counted at all, while in the Federal army they were considered “wounded.” Men who died of their wounds within a short time of the battle were often counted as “killed” in Lee’s Army, but were “wounded” in Meade’s. The number of captured and missing was under-reported in the Army of Northern Virginia, especially in hard-hit units such as Pickett’s Division which suffered the most losses. For these and other reasons all figures should be taken as approximations.

The reported casualties of the two armies were surprisingly close. This is probably due to underreporting by the Confederates, both as a matter of policy (lightly wounded men were not counted, for example) and due to problems with records.

The three Confederate corps suffered roughly the same number of casualties. The losses of the more numerous but smaller Union corps varied greatly. 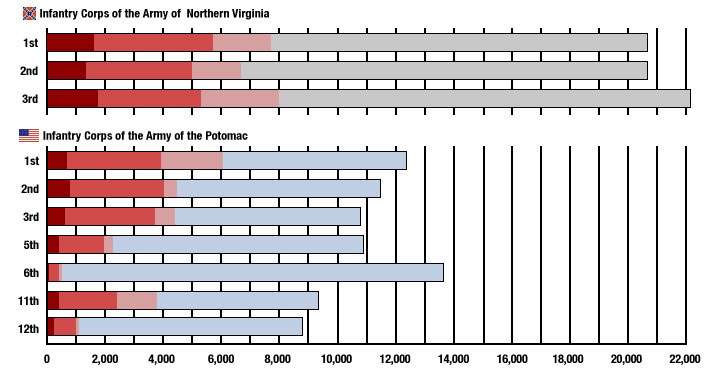 The inequality of losses is even more evident looking at the division level. It is easy to see why Lee chose Early’s relatively lightly hit division for his rear guard when withdrawing to Virginia. Meade sent his almost untouched 6th Corps in direct pursuit. 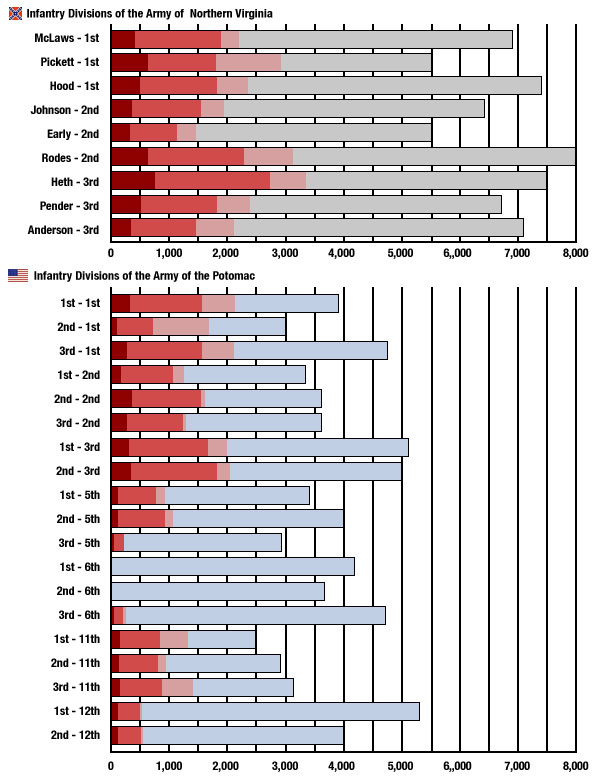