The George Weikert farm is at the corner where United States Avenue, Sedgwick Avenue and Hancock Avenue come together. (Tour map: Sedgwick Avenue) It is one of several Weickert farms in the area at the time of the battle, with three belonging to George’s sons and another to a distant cousin. There is also a George W. Weickert farm, also known as the Timbers farm, south of Brooke Avenue.

George Weikert was born around 1801 and moved to the Gettysburg area from Maryland in 1838. He bought the 78 acre farm north of Little Round Top in 1852.

George and his family left the farm during the fighting. Afterwards they returned to scenes of desolation familiar to many Gettysburg residents. The house was a field hospital, with wounded filling the parlor and amputated arms and legs piled outside the windows. According to family history, six men died just in the parlor, and the yard was filled with graves. When the buried were exhumed to be placed in the National Cemetery, the missing parlor rug was found, cut into strips as the top and bottom layers of the burial trench. 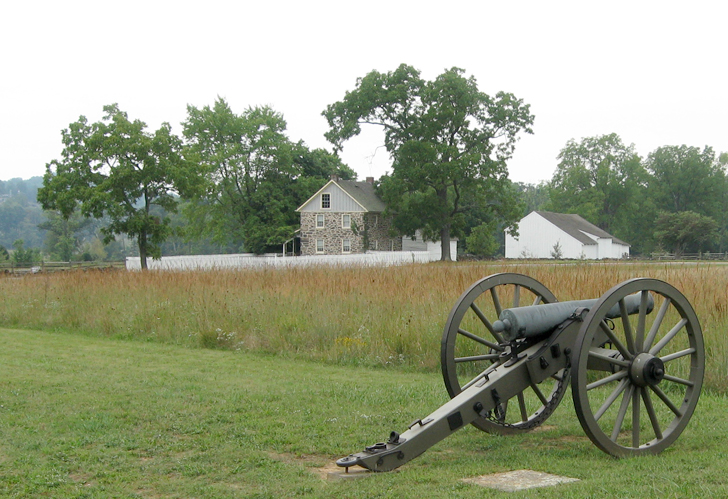