Sedgwick Avenue is named after Major General john Sedgwick, who commanded the 6th Corps. The Avenue runs one way north as a continuation of Sykes Avenue from its intersection with Wheatfield Road. At the intersection with United States Avenue it continues as Hancock Avenue.

Although Sedwick’s equestrian monument and headquarters marker are here, his 6th Corps was broken up as reserves and reinforcements all over the field after its arrival on July 2nd. He remarked at one point he had “not a man or gun under his command except for a few orderlies” and that “he might as well go home.” 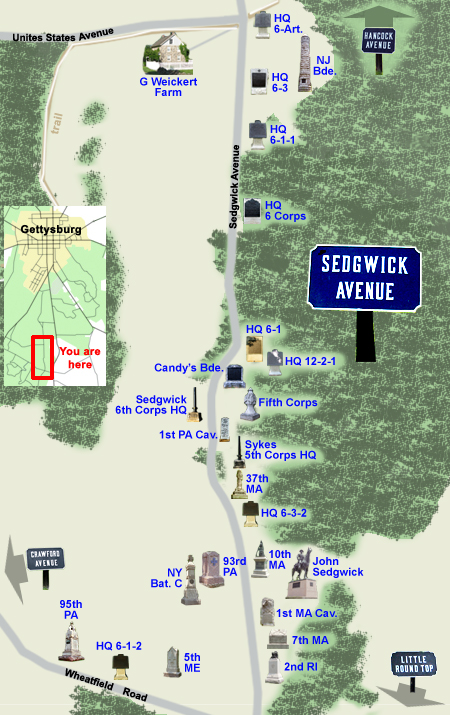 monument to an individual
John Sedgwick