The Trostle farm is south of Gettysburg on what is now United States Avenue. The farm was owned by Peter Trostle. His son Abraham, Abraham’s wife Catherine, and their nine children occupied it during the battle. The 134 acre farm included a new frame house, brick barn, corn crib, wagon shed, springhouse, and a brick smokehouse.

Major General Daniel Sickles used the farm as his headquarters after he advanced his Third Army Corps to the line of the Emmitsburg Road on July 2nd. He was wounded in the field to the west of the barn, where a monument now stands.

The Trostles were abruptly forced from their home during the fighting. They left dinner on the table, which was enjoyed by Sickles’ staff. Like many of their neighbors, the Trostles returned to find most of their belongings looted or destroyed.

The 9th Massachusetts Battery fought a desperate last stand on the farm. At least sixteen dead battery horses were in the front yard and over a hundred on the farm. Damage to property and real estate was estimated a $2,500 in a claim filed after the war, but it appears no compensation was ever paid.

Monument to the 9th Massachusetts Battery beside the Trostle farmhouse

The Trostle heirs sold the farm to the Park Service in 1899. You can still see battle damage, including the famous shell hole in the brickwork of the barn. The Park Service uses the house as a dorm for college history interns doing summer studies at the park.

Front porch of the Trostle farmhouse into the yard.

The Trostle barn from the Sickles monument, looking east. The house is on the other side of the barn.

South side of the Trostle barn, showing the shell hole in the brick.

Closeup of the battle damage to the Trostle barn

Inside the Trostle barn showing the famous shell hole

Lower floor of the Trostle barn 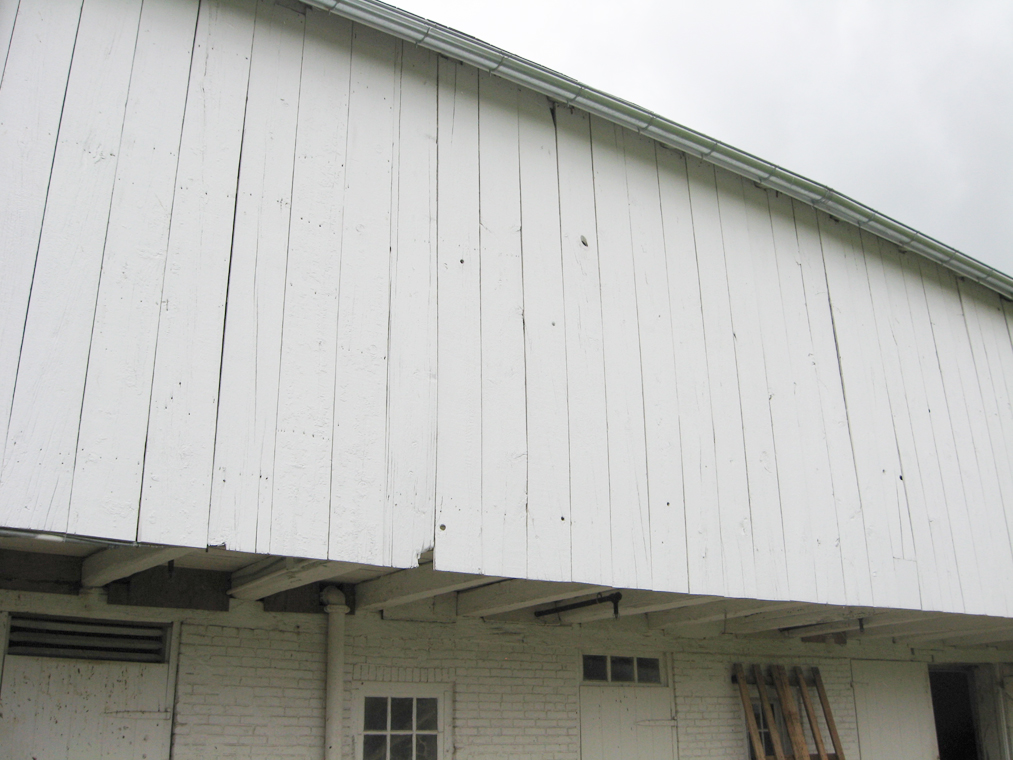 The east side of the Trostle barn, showing a number of bullet holes

Location of the Trostle farm at Gettysburg

The Trostle Farm is south of Gettysburg on the north side of United States Avenue.