General Meade’s headquarters and the center of communications and administration for the Army of the Potomac were just to the east of Cemetery Ridge along Taneytown Road. This was no quiet rear area. During the artillery bombardment preceding Pickett’s Charge caused numerous casualties and forced the relocation of Meade’s Headquarters.

The Spring 2013 demolition of the old Cyclorama Building and the restoration of Ziegler’s Grove made this an area in transition. Parking will be reduced, trees will be replanted and some monuments returned to their original locations. 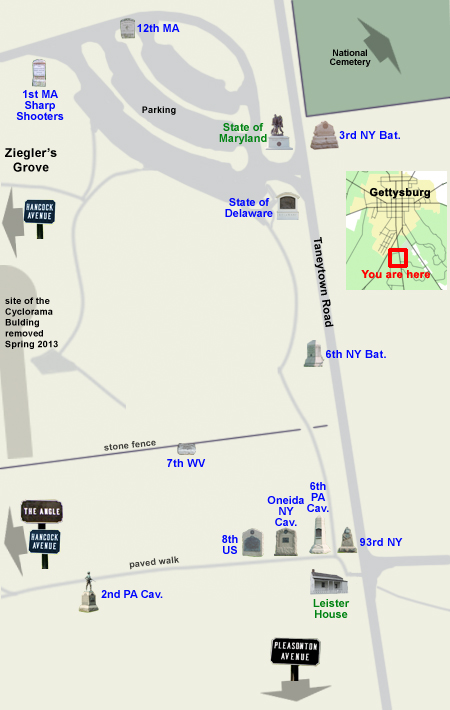