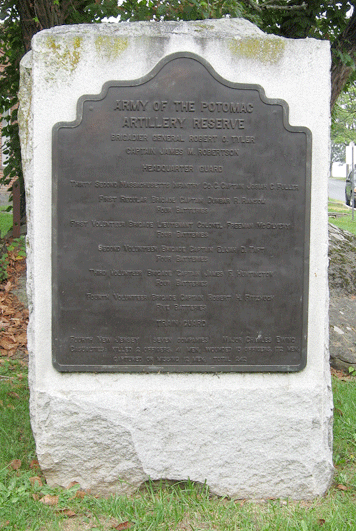 Brigadier General Robert O. Tyler (West Point Class of 1853) commanded the Artillery Reserve at the Battle of Gettysburg) He was a career Army officer from New York.

Army of the Potomac
Artillery Reserve