The monument to the 1st Regular Brigade, Artillery Reserve, Army of the Potomac is south of Gettysburg on Hancock Avenue. (Hancock Avenue Part 2 tour map)

Monument to the 1st Regular Brigade, Artillery Reserve, Army of the Potomac

3d U. S. Batteries F and K
Lieut. John G. Turnbull
July 2. Engaged on Emmitsburg Road on right of the Smith House.
July 3. On and near Cemetery Ridge.

5th U. S. Battery C
Lieut. Julian V. Weir
July 2 and 3. Engaged on Cemetery Ridge and in front on left of Second Corps.

Captain Dunbar R. Ransom commanded the brigade at Gettysburg. Ransom was born in North Carolina but grew up in Vermont. His father was the colonel of the 9th United States Infantry who was killed in the Mexican War and his brother Thomas became a brigadier general in the Western Theater of the Civil War.  After attending but not graduating from the United States Military Academy Dunbar was appointed lieutenant in the 3rd United States Artillery in 1855.

Battery C was sent to New York during the draft riots. When it returned to the Army of the Potomac it became part of the 2nd Horse Artillery Brigade. Randall took command of the brigade in May of 1864 and commanded Batteries CF&K (combined) of the 3rd United States Artillery in Sheridan’s Army of the Shenandoah, remaining with the department until the end of the war. 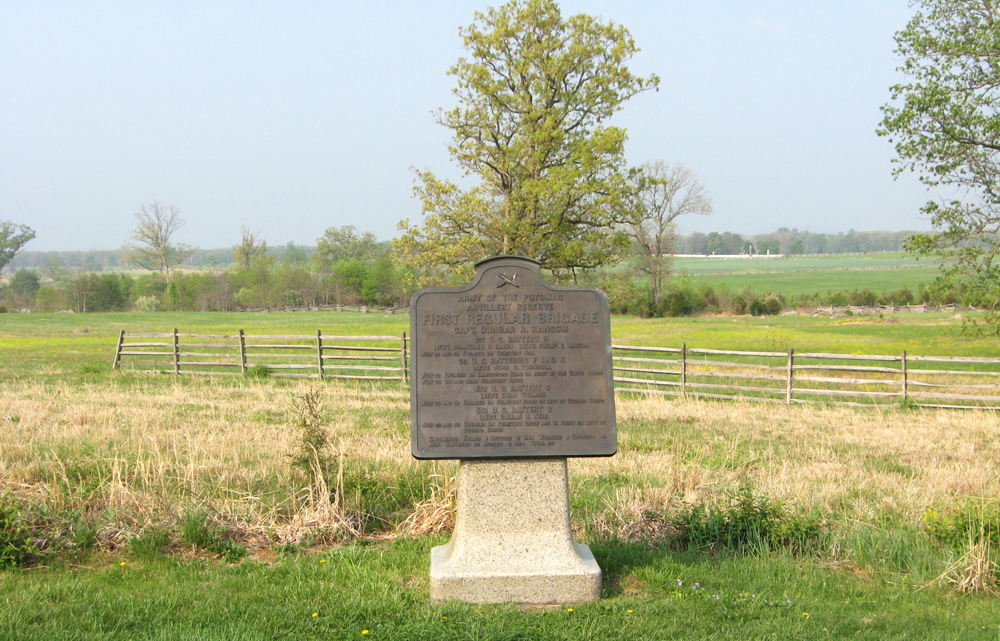 Location of the monument to the 1st Regular Brigade, Artillery Reserve