Lieutenant Evan Thomas commanded the battery at Gettysburg. Thomas was born in 1843 in the District of Columbia. He was the son of Lorenzo Thomas, who would become Adjutant General of the Army of the Potomac. Evan took command of Battery C before Antietam and commanded it until the end of the war. He was breveted captain for his conduct at Fredericksburg and major for Gettysburg, and was promoted to the permanent rank of captain in the regular army in 1864. Thomas stayed on in the army after the war. He was killed in April of 1873 in a fight with Modoc Indians in what is now the Lava Beds National Monument in California. 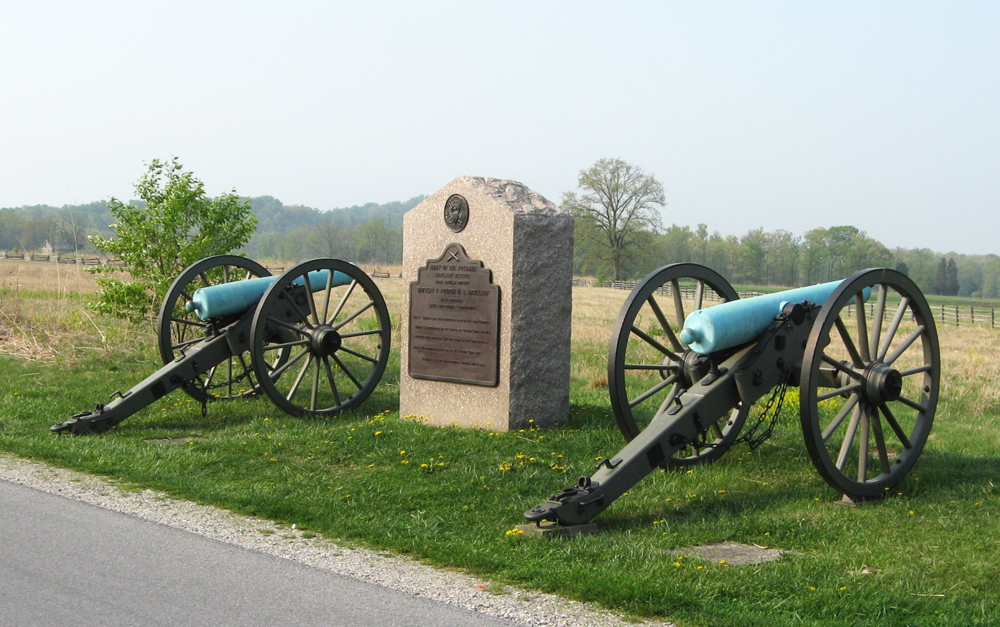 Monument to Battery C at Gettysburg

The battery reached the field on July 2 and took position on Cemetery Ridge near the Leister House. Battery C helped drive off the last of the Confederate attack that afternoon and maintained its position through the night. In the morning of July 3 it engaged in a duel with Confederate artillery on Seminary Ridge. One of Battery C’s caissons blew up, killing and wounded a number of men in the nearby 14th Vermont Infantry. The battery shifted position slightly before the afternoon attack.

The great Confederate barrage that preceded Pickett’s Charge landed a direct hit on another Battery C caisson. This caused another three to spectacularly explode, resulting in a cheer from Confederate lines. An enlisted man, John Burns, was killed, and Lieutenant J. McGilvray and 16 enlisted men were wounded. Joseph A. Campbell and William McNeal died of their wounds. The badly battered battery withdrew  after this to the artillery reserve.

July 2 Arrived and took position on crest of hill near General Meade’s Headquarters on the left of the Second Corps and was actively engaged in repelling the attack of the Confederates.

July 3 In position near the left of the Second Corps line. 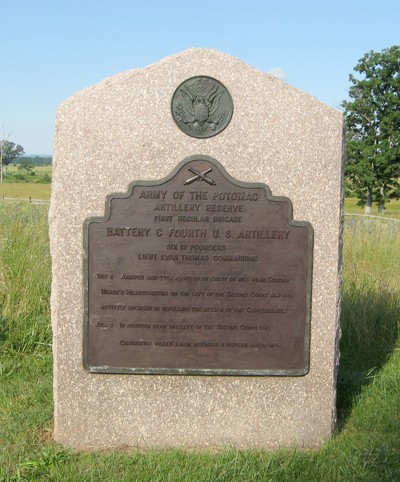 Location of the monument to Battery C at Gettysburg

The monument to Battery C is south of Gettysburg. It is on the west side of Hancock Avenue across from the State of Pennsylvania monument.

See more on the history of the 4th United States Artillery, Battery C in the Civil War