The monument to the First Brigade, Third Division, Fifth Army Corps is south of Gettysburg on Ayers Avenue at the Wheatfield. (Tour map: Ayers Avenue – Wheatfield)

The brigade was commanded at the Batle of Gettysburg by Colonel William “Buck” McCandless, an attorney from Philadelphia. It took part in the Union counterattack around Little Round Top at the end of July 2nd, ending the day on the east side of the Wheatfield behind the stone wall.

After Pickett’s Charge on July 3rd the brigade advanced west toward Emmitsburg Road, following the withdrawing Confederates. It surprising the 15th Georgia, which had not been notified of the withdrawal, and captured a large part of the regiment and its colors.

July 2. Moved with the Division from the Baltimore Pike near Rock Creek late in the day to Little Round Top north of the Wheatfield Road. After sunset formed line to cover the retiring of First and Second Brigades Second Division and supported by Third Brigade Third Division Sixth Corps charged the advancing Confederates and forced them down the Hill and across into the Wheatfield. The Brigade remained at a stone wall in rear of the Wheatfield. Col. C. F Taylor commanding 13th Penna. Reserves fell in the advance.

July 3. Advanced through the Wheatfield into the woods beyond supported by Third Brigade Third Division Sixth Corps and changing front swept southward through the woods west and south of the Wheatfield encountering a portion of Brig. Gen. Benning’s Brigade and capturing about 200 prisoners and the colors of 15th Georgia. The Confederates retired to the crest of the ridge from which they advanced the previous clay. In this movement one 10 pounder Parrott was recovered and about 3,000 small arms were captured from the field. 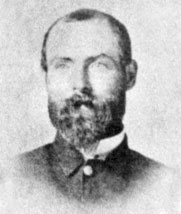