Colonel Taylor was only 23 years old when he was killed at Gettysburg, but he had already been wounded at Fredericksburg after becoming colonel of the Bucktails at the age of 21. A native of Kennett Square, Pennsylvania, he had attended the University of Michigan at the age of 15 but had returned home to run his ailing father’s farm before the war broke out. 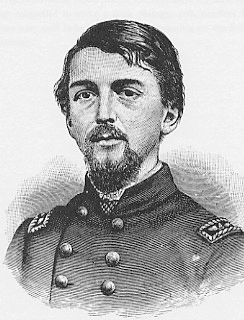 Location of the monument to Colonel Taylor at Gettysburg

The monument to Colonel Charles Frederick Taylor is south of Gettysburg on the north side of Ayers Avenue
about 80 yards after it turns into the woods from The Wheatfield. Ayers Avenue is one way. (39°47’44.2″N 77°14’28.4″W)