Ayres Avenue runs one-way south from Wheatfield Road along the eastern edge of The Wheatfield. It was named after Brigadier General Romeyn B. Ayres, who commanded a division of the 5th Corps which fought here. Over 4,000 men were shot down in George Rose’s nineteen acre field on the afternoon of July 2nd in some of the most savage fighting in the Civil War. Ayres Avenue is part of the National Park Auto Tour. 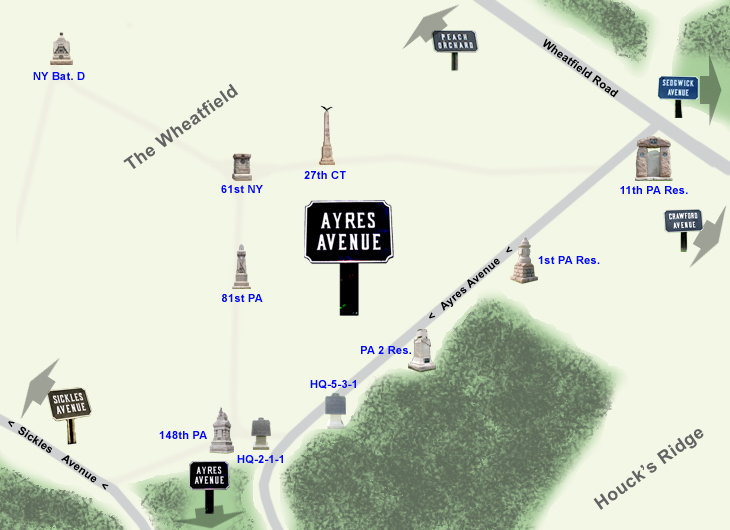