Doubleday Avenue is a continuation of North Confederate Avenue, running south from Mummasburg Road before turning west and becoming Wadsworth Avenue, which connects with Buford Avenue and Reynolds Avenue. Robinson Avenue branches off Doubleday Avenue and drops down the steep hill back to Mummasburg Road, leading to Howard Avenue. Doubleday Avenue is named after Major General Abner Doubleday, who commanded a division of the 1st Corps. After General Reynolds was killed by a sharpshooter in the early moments of the battle, Doubleday took over the 1st Corps, although he was returned to division command when an outsider, General Newtown, was brought in to command the corps on July 2. The Avenue is on the National Park Auto Tour.

There is a small parking area is next to the observation tower. The tower provides great views of the July 1st battlefield. 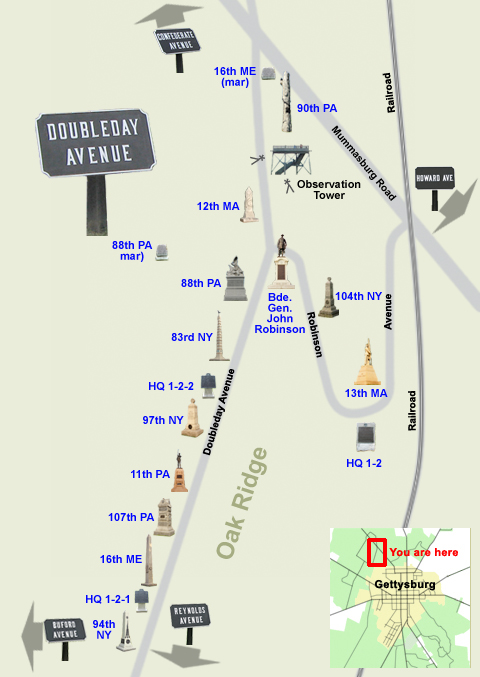 other
Views from the observation tower