The division was commanded at the Battle of Gettysburg by Brigadier General John C. Robinson. He was a career army officer from New York. Robinson is honored by a monument at Gettysburg close to the division monument. 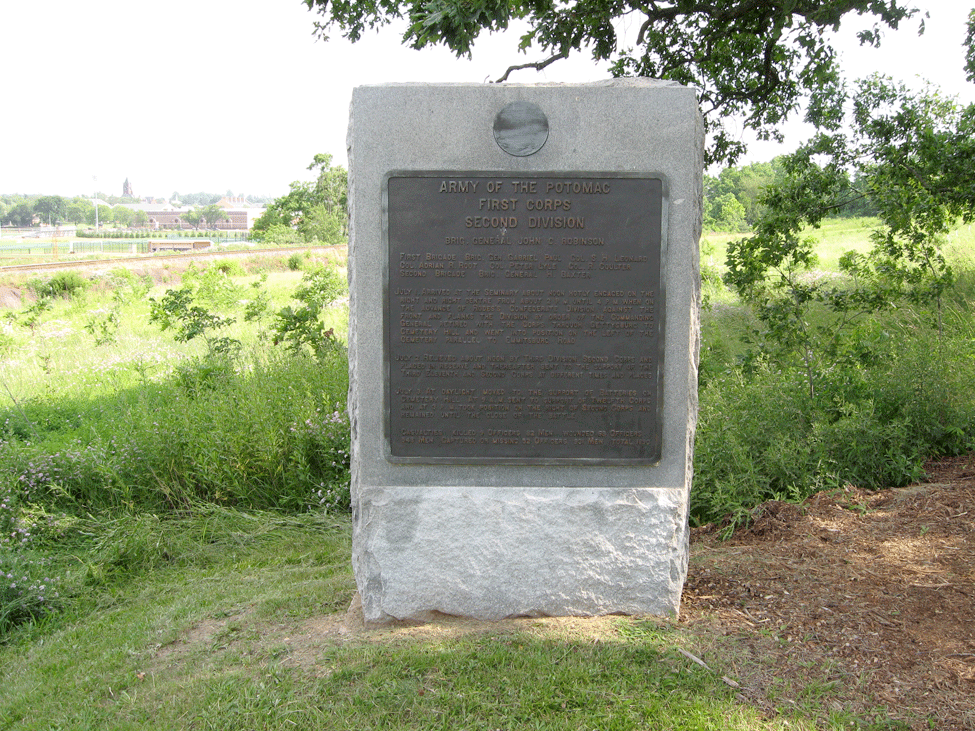 Looking south from Robinson Avenue on Seminary Ridge toward Gettysburg. Gettysburg College is visible in the distance on the left.

July 1. Arrived at the Seminary about noon hotly engaged on the right and right centre from about 2 P.M. until 4 P.M. when on the advance of Rodes’s Confederate Division against the front and flanks the Division by order the Commanding General retired with the Corps through Gettysburg to Cemetery Hill on the left of the cemetery parallel to Emmitsburg Road.

July 2. Relieved about noon by Third Division Second Corps and placed in reserve and thereafter sent to support of the Third Eleventh and Second Corps at different times and places.

Location of the monument to the 2nd Division, 1st Corps of the Army of the Potomac