The monument is about 29 feet tall and is made of New Hampshire granite. Although named after David McM. Gregg, the Union cavalry commander on the east flank, it was the first monument on the Gettysburg battlefield to honor both Union and Confederate units. The monument was dedicated on October 15, 1884. 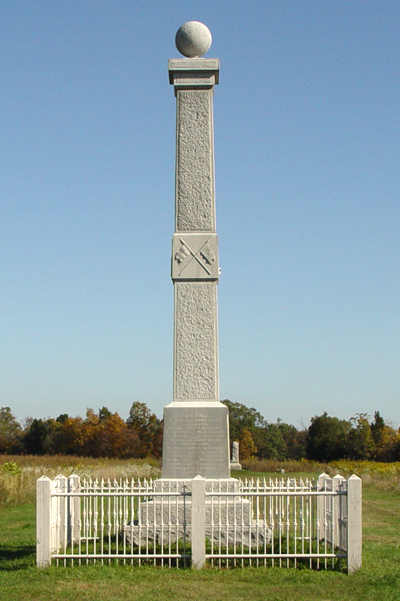 Location of the Gregg Cavalry Shaft at Gettysburg