The brigade was commanded at the Battle of Gettysburg by Colonel John R. Chambliss, a West Point graduate (USMA 1853) who had commanded a regiment of Virginia militia before the war. The brigade’s nominal commander was Brigadier General W.H.F. (Rooney) Lee, who was Robert E. Lee’s son.

Rooney had been wounded in June at Brandy Station and Chambliss took over the brigade as senior colonel. Properly the brigade should be known as “W.H.F. Lee’s Brigade” and it is often named as such. Both names are used on signage at Gettysburg; the nearby monument to Stuart’s Cavalry Division refers to “W.H.F. Lee’s Brigade.” But Rooney would not return to brigade command. He was captured while convalescing with his home, and did not return to the army for several months. When he did he was given a division command and Chambliss was promoted to brigadier general and given formal command of the brigade. By then Chambliss had “temporarily” commanded the brigade longer than Rooney Lee had as its official commander.

July 3. The Brigade reached here about noon and took an active part in the fight until it ended. Some of the men serving as sharpshooters in the vicinity of the Rummel Barn but most of the Command participating in the charges made by the Cavalry during the afternoon. It left the field after nightfall. 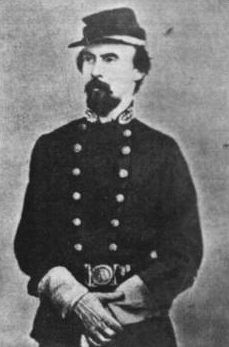