The 1st Regiment was commanded at Gettysburg by Colonel Berdan until he took command of the brigade. Lieutenant Colonel Casper Trepp then took over.

The 1st Regiment as a whole brought 371 men to the field and lost 6 killed, 37 wounded and 6 missing. 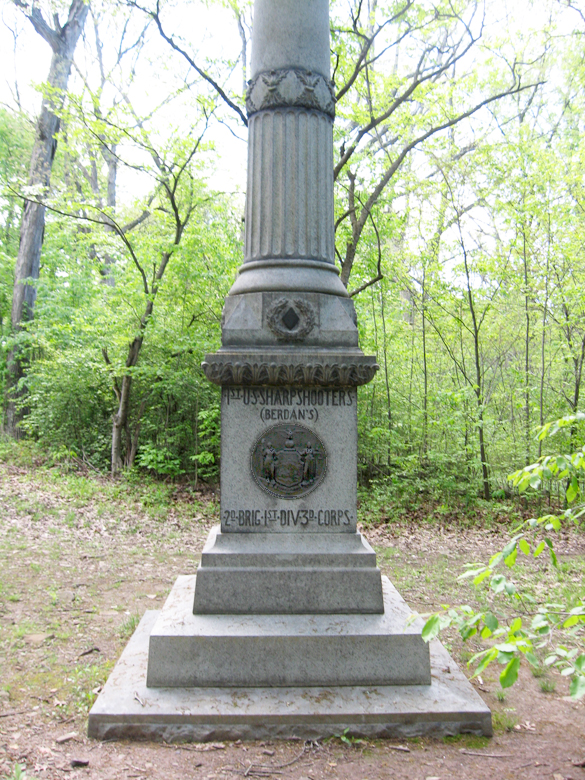 This monument is dedicated to the brave men of this command who fell at Gettysburg.

One hundred sharp shooters reconnoitered to this spot about 12. M. July 2d 1863, losing here nineteen men. They first developed the enemy’s threatened attack upon our left and rear. July 3rd the Regiment supported batteries along Cemetery Ridge. On the 4th it picketed  and skirmished near the Peach Orchard.
Killed 6, wounded 37, captured 6, Total 49. 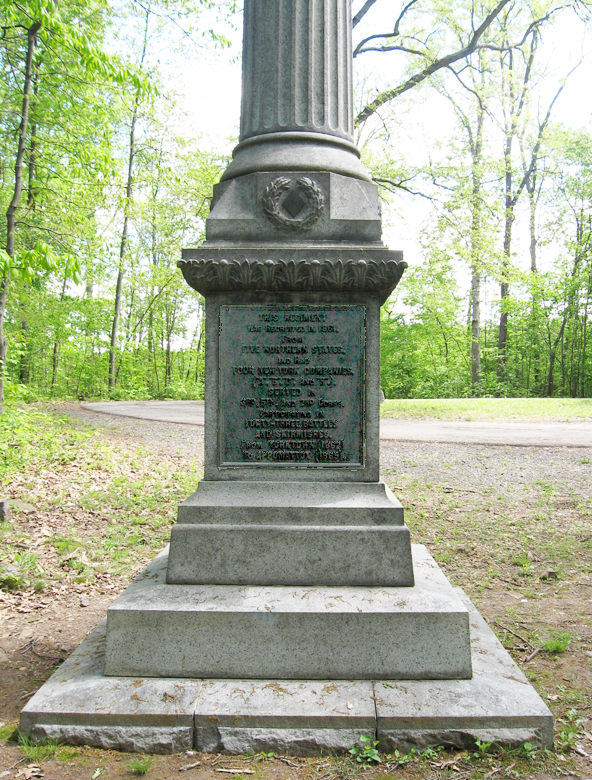 Location of the monument to the New York Sharpshooters at Gettysburg

The monument to the New York Sharpshooters is southwest of Gettysburg on Berdan Avenue, a short spur off West Confederate Avenue about 1.7 miles south of Fairfield Road/West Middle Street. (39°48’28.8″N 77°15’27.2″W)