The 1st Regiment was commanded at Gettysburg by Colonel Berdan until he took command of the brigade. Lieutenant Colonel Casper Trepp then took over. The regiment brought 371 men to the field and lost 6 killed, 37 wounded and 6 missing. 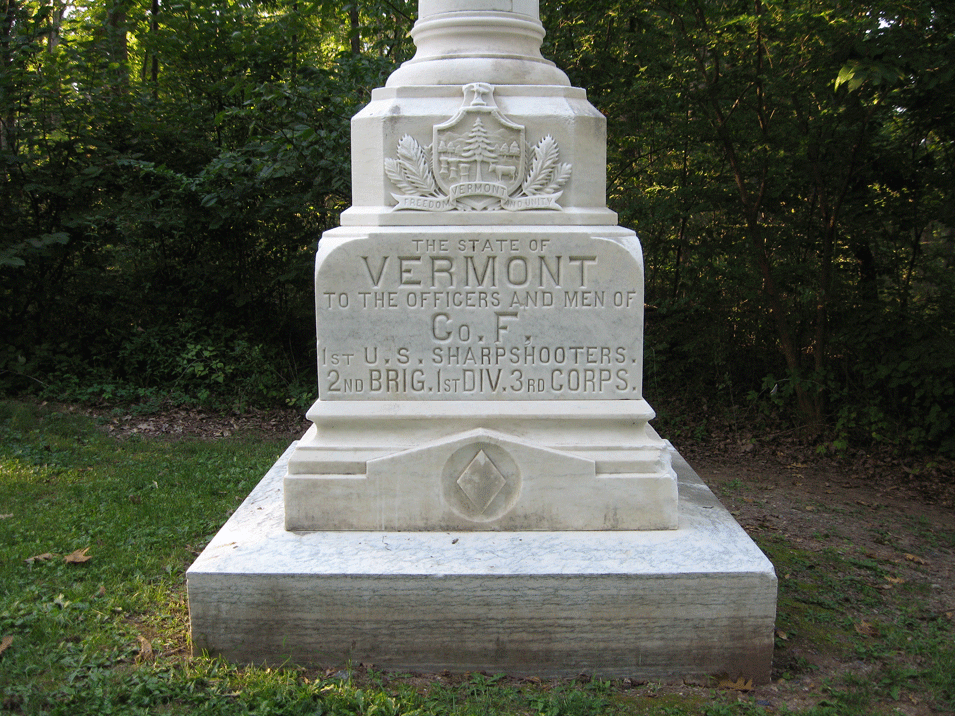 Company F is also honored by a monument at Antietam

Location of the monument to the Vermont Sharpshooters, Company F at Gettysburg

The monument to the Vermont Sharpshooters, Company F is southwest of Gettysburg on Berdan Avenue, a short spur off West Confederate Avenue about 1.7 miles south of Fairfield Road/West Middle Street.(39°48’29.2″N 77°15’25.6″W)