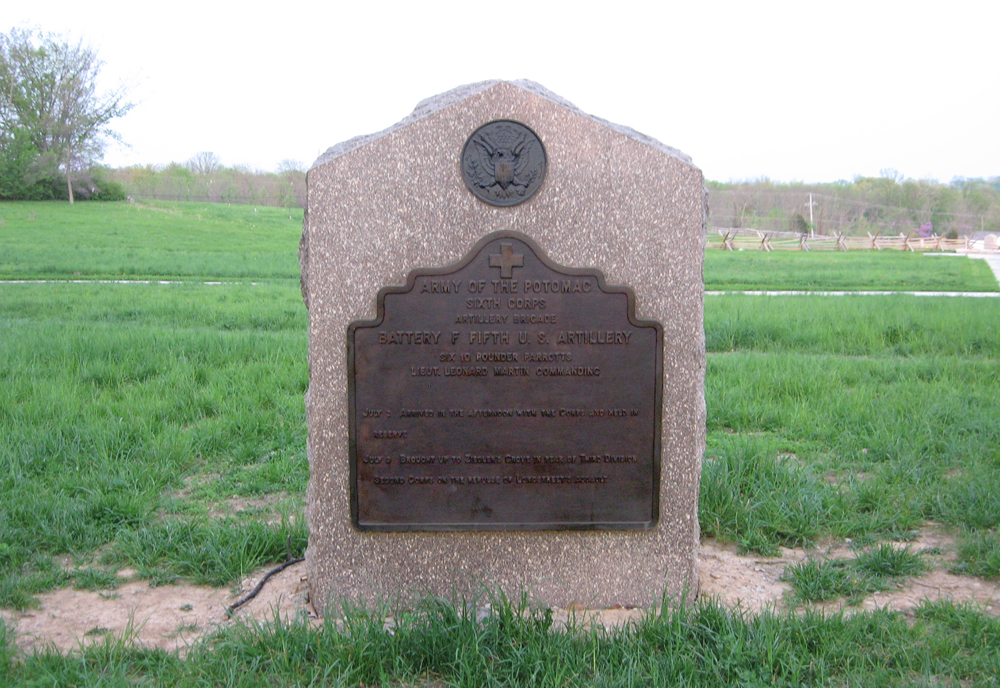 The battery was commanded by Lieutenant Leonard Martin, a Wisconsin graduate of West Point (USMA ’61).

Looking southwest at the restored monument, which stands roughly at the site of the old Cyclorama building’s ranger desk. The sidewalk which led to the building’s east entrance is behind the left cannon.

July 2. Arrived in the afternoon with the Corps and held in reserve.

July 3. Brought up to Ziegler’s Grove in rear of Third Division Second Corps on the repulse of Longstreet’s assault.