The monument to the 2nd Brigade, 2nd Division 1st Corps is west of Gettysburg on Doubleday Avenue. (Doubleday – Robinson Avenues tour map) Brigadier General Henry Baxter commanded the brigade. He was a miller and militia captain from Michigan originally born in New York. 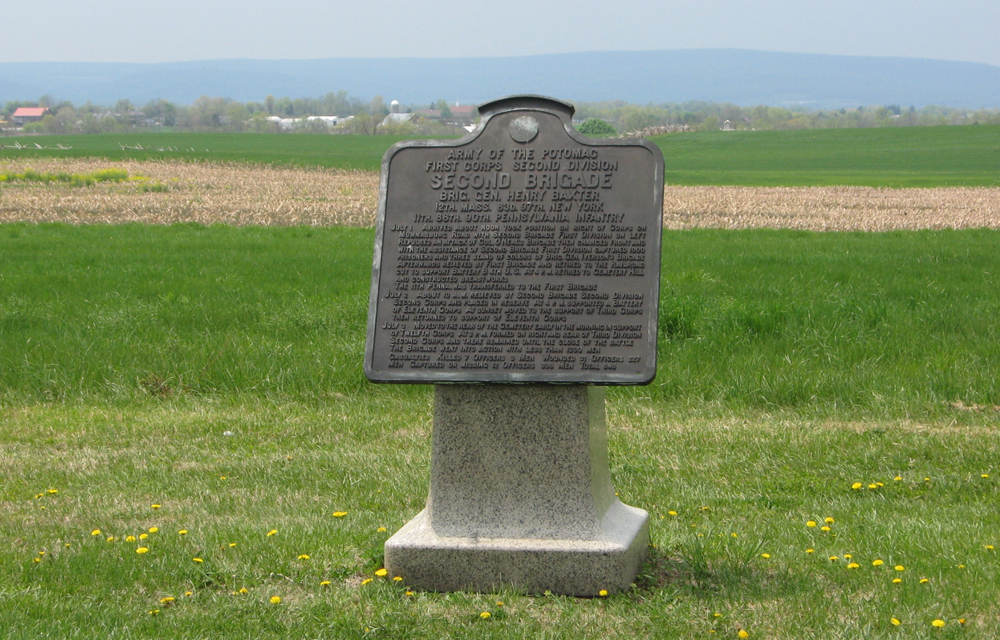 Looking to the west from Doubleday Avenue. The Confederate attack was moving from right to left across this field when they were surprised by the sudden appearance of the Union line on their flank.

July 1. Arrived about noon took position on right of Corps on Mummasburg Road with Second Brigade First Division on left. Repulsed an attack of Col. O’Neal’s Brigade then changed front and with the assistance of Second Brigade First Division captured 1000 prisoners and three stand of colors of Brig. Gen. Iverson’s Brigade. Afterwards relieved by First Brigade and retired to the Railroad Cut to support Battery B 4th U. S. At 4 p.m. retired to Cemetery Hill and constructed breastworks. The 11th Penna. was transferred to the First Brigade.

July 3. Moved to the rear of the cemetery early in the morning in support of Twelfth Corps. At 2 P. M. formed on right and rear of Third Division Second Corps and there remained until the close of the battle. The Brigade went into action with less than 1200 men. 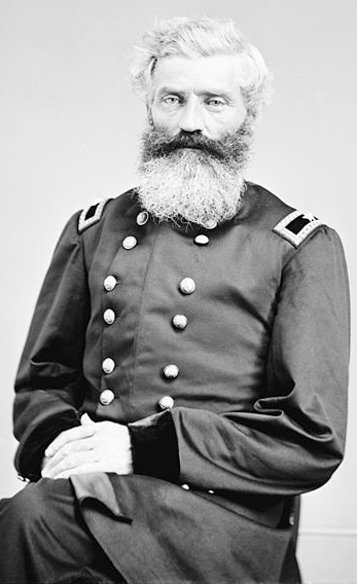 Location of the monument to the 2nd Brigade, 2nd Division, 1st Corps at Gettysburg