The monument to the Tenth New York Independent Battery is south of Gettysburg on Wheatfield Avenue. (Sickles Avenue at Excelsior Field tour map) It was erected by the State of New York in 1893. 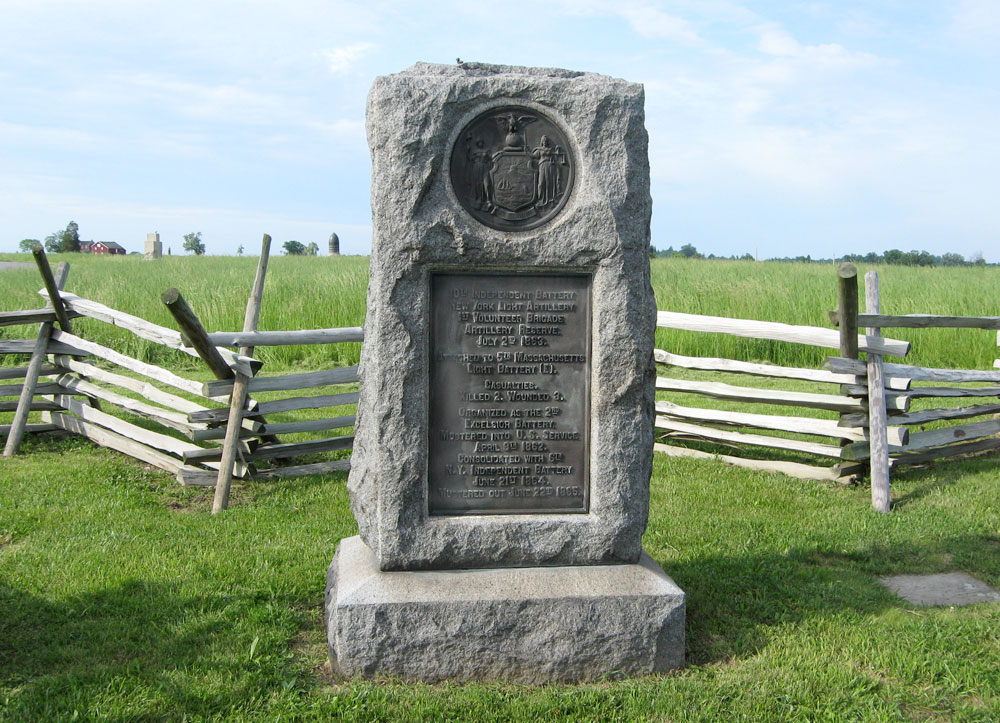 Monument to the 10th New York Independent battery at Gettysburg

The battery was temporarily attached to the 5th Massachusetts Battery during the Gettysburg campaign after heavy losses at the Battle of Chancellorsville. It was under the command of that battery’s Captain Charles Philips. The 10th New York was reconstituted as an independent command shortly after Gettysburg.

View of the monument flanked by two 3″ Ordnance Rifles. The Klingle farm is in the distance on the left. To its right over the barrel of the left gun is the 139th Pennsylvania Infantry monument. Farther right is the bullet-shaped 7th New Jersey Infantry monument. In the far right distance is the State of Pennsylvania monument, over half a mile away.