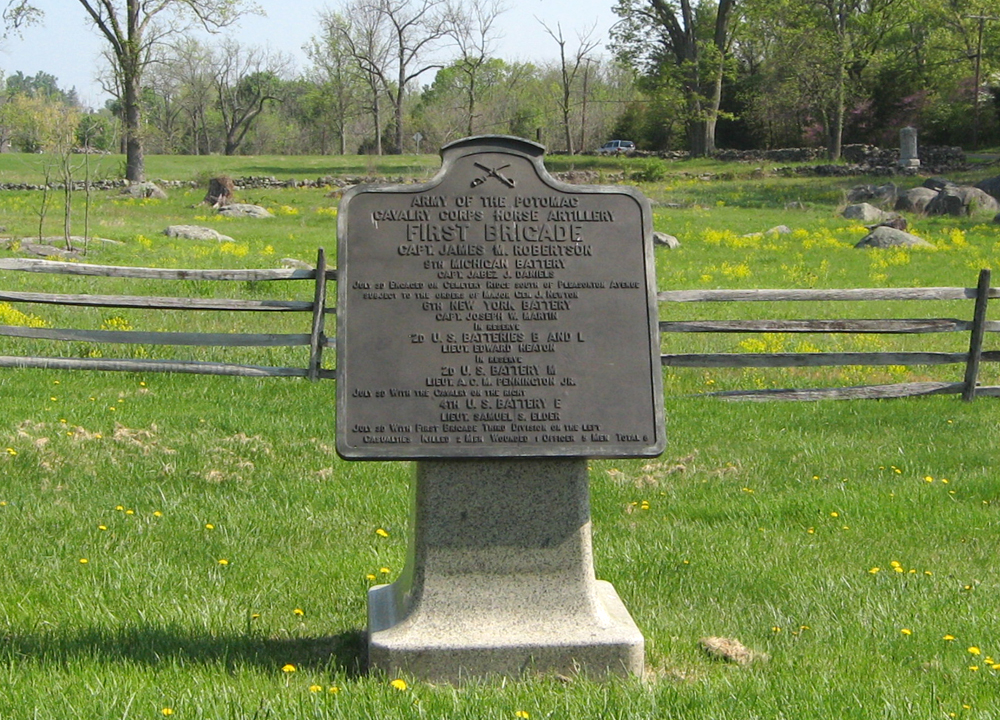 The photo looks north from Pleasonton Avenue. The car in the distance is on Taneytown Road. The 1st Ohio Cavalry monument is on the upper right.

2d U. S. Batteries B and L
Lieut. Edward Heaton
In Reserve