The monument to Brigadier General Alexander Webb is south of Gettysburg on Hancock Avenue, across from the Copse of Trees. (Hancock Avenue at The Angle tour map)

The monument is just over sixteen feet high. The bronze statue, created by John Massey Rhind, stands on a nine foot high base inscribed with the trefoil symbol of the Second Corps on each side. A bronze tablet on the front tells General Webb’s story. The monument was dedicated on October 12, 1915 by the State of New York. 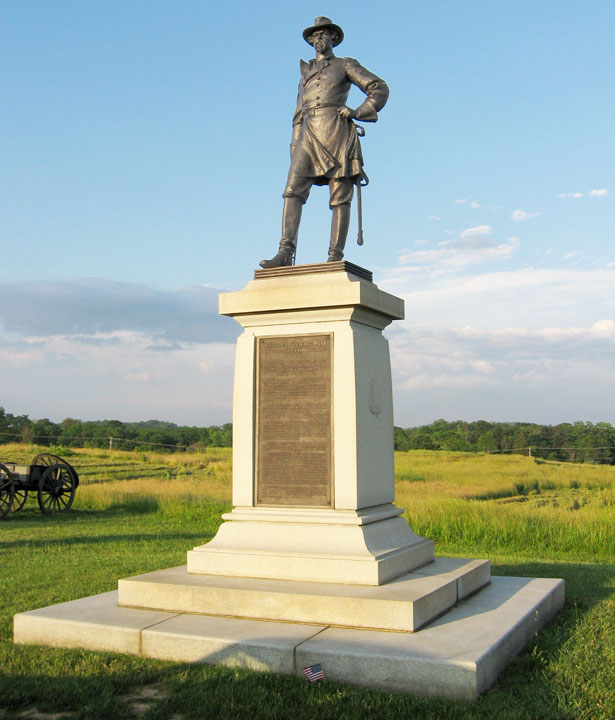 Awarded Congressional Medal of Honor “For distinguished personal gallantry at the battle of Gettysburg” where he was wounded.

Brevetted Major-General U.S.V. Aug. 1, 1864 “For gallant and distinguished conduct at the battles of Gettysburg, Pa., Bristoe Station, The Wilderness, and Spotsylvania, Va.” 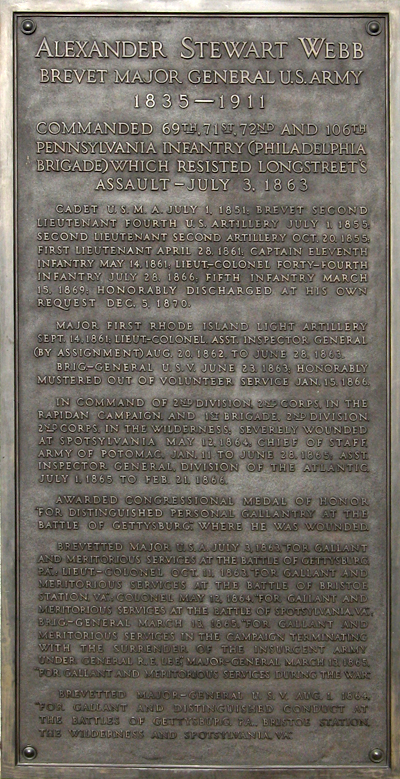 Alexander Stewart Webb was born on February 15, 1835, in New York City. His grandfather had fought at Bunker Hill and served on Washington’s staff. Alexander graduated from West Point in 1856, serving in the artillery against the Seminoles, and returned to the Academy as a mathematics professor.

With the outbreak of the war he served in a variety of posts, including Assistant to the Chief of Artillery of the Army of the Potomac and Chief of Staff for the 5th Army Corps.

He took command of the 2nd Brigade of Gibbon’s Division just before Gettysburg, putting him in command at the “Clump of Trees” during Pickett’s Charge, when he was lightly wounded.

Webb commanded the division while Gibbon was recuperating from his Gettysburg wound, but was back with his brigade again when he was seriously wounded at Spotsylvania in 1864. He returned to duty in January of 1865 as Meade’s Chief of Staff, staying in that position until the end of the war.

After the war he served as lieutenant colonel in the infantry and returned for a time to teaching at West Point. In 1870 he left the army to accept the Presidency of the College of the City of New York, a post he held for the next 33 years.

Webb died in Riverdale, New York in 1911 and is buried at West Point. 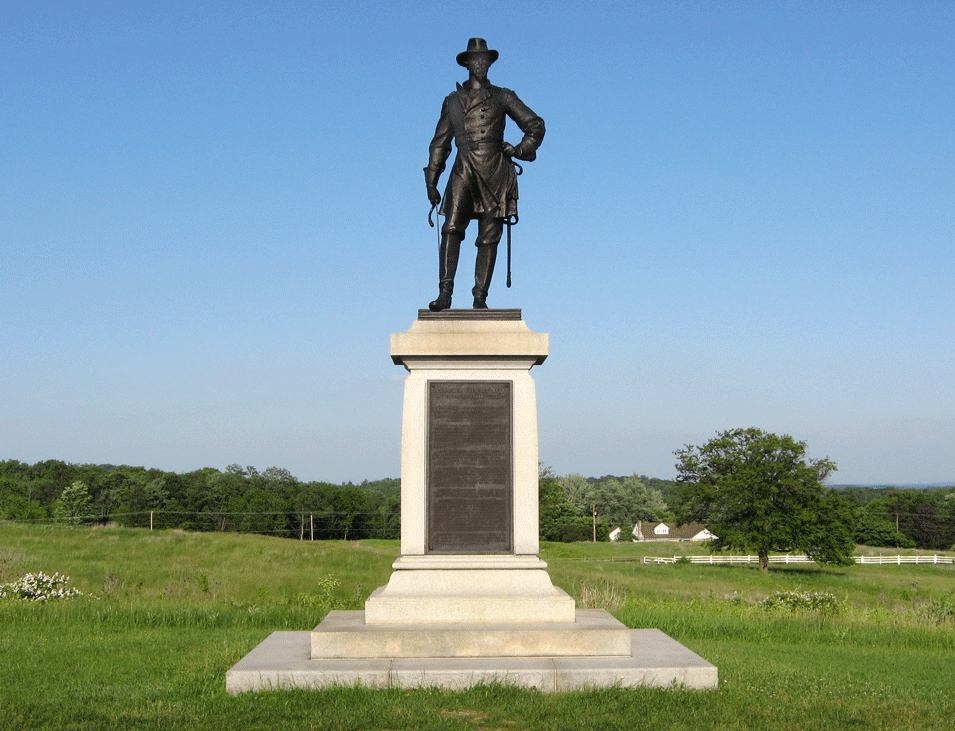 Location of the monument to Alexander Webb at Gettysburg

The map to the monument to Brigadier General Alexander Webb is south of Gettysburg on the east side of Hancock Avenue across from the Copse of Trees. (39°48’46.7″N 77°14’07.3″W)