The monument to Lane’s Artillery Battalion is southwest of Gettysburg on West Confederate Avenue. (West Confederate Avenue – Pt. 2 tour map) The battalion was known as the Sumter Artillery as many men were recruited from Sumter County, Georgia. The battalion was commanded at the Battle of Gettysburg by the battalion’s executive offider, Major John Lane, while its commander, Lieutenant Colonel Alan S. Cutts, was on a leave of absence. 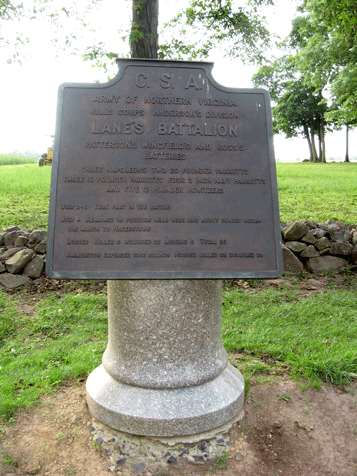 July 4. Remained in position near here and about sunset began the march to Hagerstown.