The battery was commanded at the Battle of Gettysburg by Captain John B. Richardson. 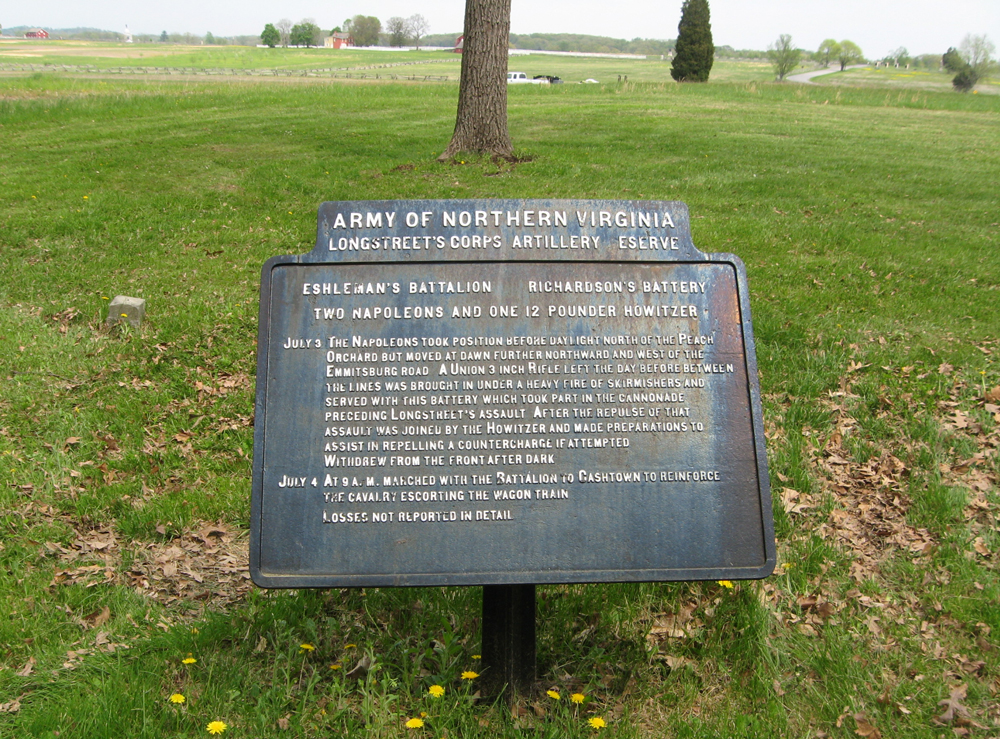 July 3. The Napoleons took position before daylight north of the Peach Orchard but moved at dawn further northward and West of Emmitsburg Road. A Union 3 inch rifle left the day before between the lines was brought in under a heavy fire of skirmishers and served with this Battery which took part in the cannonade preceding Longstreet’s assault. After the repulse of that assault was joined by the Howitzer and made preparations to assist in repelling a countercharge if attempted. Withdrew from the front after dark.

July 4. At 9 A. M. marched with the Battalion to Cashtown to reinforce the Cavalry escorting the wagon train.