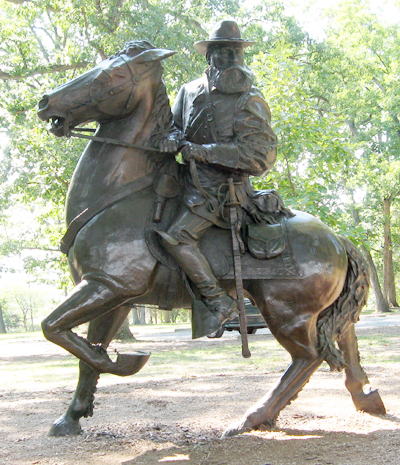 Tablet for the monument to General Longstreet

From the first tablet beside the monument

Soldiers of Gen. Longstreet’s command held and protected the right wing of the army July 2-4 1863. His First Corps attacked and dislodged Union forces at the Devil’s Den, the Wheatfield and the Peach Orchard, on July 2. As a portion of his infantry secured the Peach Orchard, Gen. Longstreet advanced on horseback with them. The following day, Gen. Longstreet was ordered by Gen. Robert E. Lee to coordinate an attack against the Union line on Cemetery Ridge. On July 3, “Longstreet’s Assault” was repulsed with great loss after penetrating the enemy’s battle line on Cemetery Ridge. During the march back to Virginia, Gen. Longstreet and his First Corps played a prominent role in protecting the retreating army.

“By the soldiers he is invariably spoken of as ‘the best fighter in the whole army.’ “- Lt. Col. Arthur J. Fremantle, Her Majesty’s Coldstream Guards (June 27, 1863)”

From the second tablet beside the monument 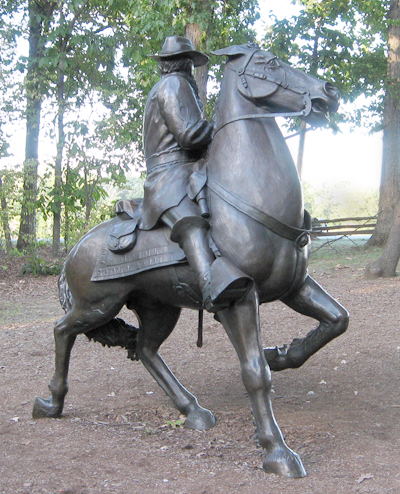 Location of the monument to James Longstreet at Gettysburg

The map to the monument to Lieutenant General James Longstreet at Gettysburg is south of Gettysburg. It is in Pitzer’s Woods on the west side of West Confederate Avenue next to the Amphitheater parking lot.  (39°48’20.6″N 77°15’23.6″W)