The battery was commanded at the Battle of Gettysburg by Captain Joseph McGraw. 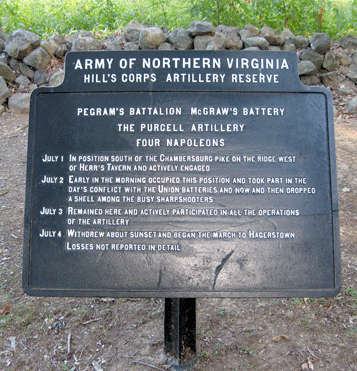 July 1. In position south of the Chambersburg Pike on the ridge west of Herr’s Tavern and actively engaged.

July 2. Early in the morning occupied this position and took part in the day’s conflict with the Union batteries and now and then dropped a shell among the busy sharpshooters.

July 3. Remained here and actively participated in all the operations of the artillery.

July 4. Withdrew about sunset and began the march to Hagerstown. 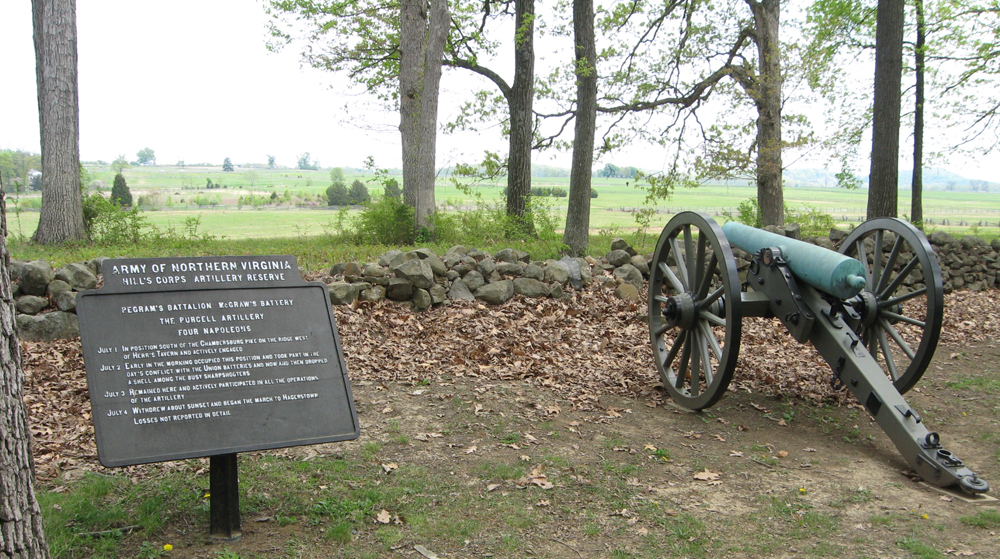 See more on the history of the Purcell Artillery in the Civil War.