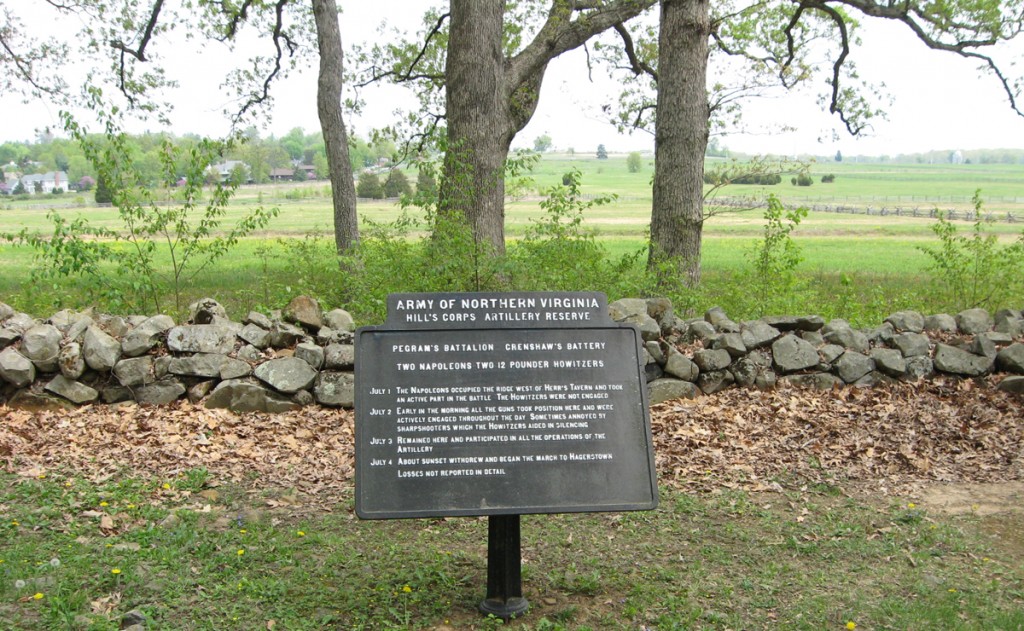 Looking east across the field crossed by the Confederate attack on July 3. The high ground of Cemetery Ridge is behind the marker in the distance with the fences lining Emmitsburg Road in the middle distance.

July 1. The Napoleons occupied the ridge west of Herr’s Tavern and took an active part in the battle. The howitzers were not engaged.

July 2. Early in the morning all the guns took position here and were actively engaged throughout the day. Sometimes annoyed by sharpshooters which the howitzers aided in silencing.

July 3. Remained here and participated in all the operations of the artillery.

July 4. About sunset withdrew and began the march to Hagerstown.

Looking southeast from beside West Confederate Avenue across the fields crossed by the Confederate attacks on July 2 and 3. Big Round Top (right) and Little Round Top (left) are in the distance at the center of the photo.

See more on the the history of the Crenshaw (Virginia) Battery in the Civil War.