Looking east from Confederate Avenue past Blount’s Battery to the Union lines in the distance.

July 3. Advanced to the front about daybreak. Later in the morning took position on the ridge west of the Emmitsburg Road 200 yards from the Roger’s House and remained there for hours unengaged. When the signal guns were fired about 1 P. M. moved forward to the crest of the hill and took an active part in the cannonade. But its ammunition being exhausted as Longstreet’s infantry was advancing and all efforts to procure a fresh supply proving fruitless the Battery was withdrawn.

July 4. In line of battle all day with the left wing of McLaws’ Division. Marched at sunset to Black Horse Tavern.

Close up of the restored marker. 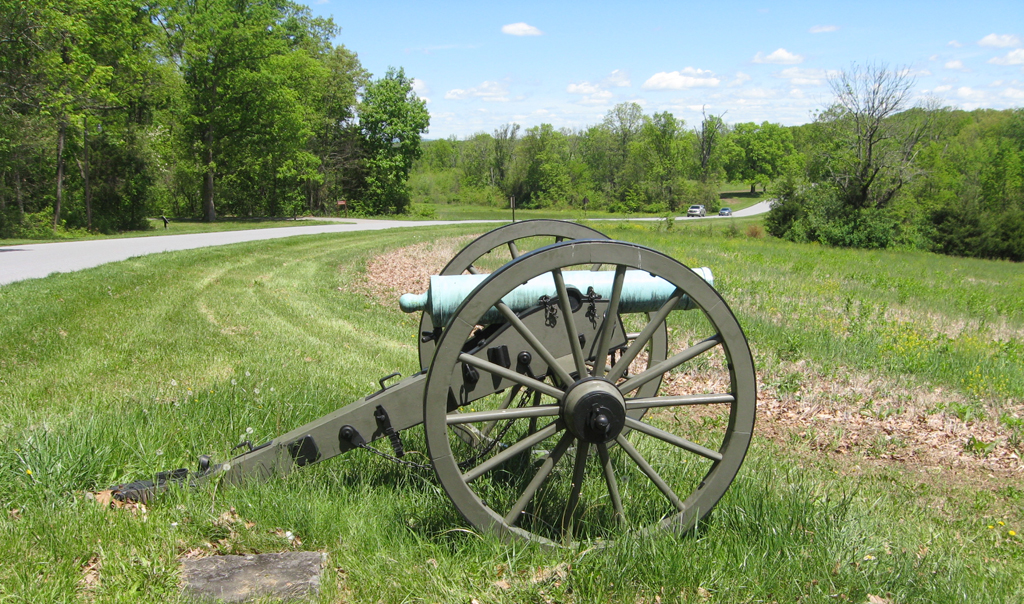 Looking north past one of the Napoleons of Blount’s Battery up West Confederate Avenue.

Looking southeast. The tablet for the battery had been removed for restoration for some time, leaving its pedestal and two Napoleon howitzers mark the position. Big Round Top is in the center distance, while to its left Little Round Top peeks above the rise of ground that holds the Peach Orchard.