The State of Delaware Monument is south of Gettysburg on Taneytown Road near the location of the old Cyclorama building. (Taneytown Road Tour map) The Delaware Civil War Society dedicated the monument in 2000 on behalf of the citizens of Delaware. 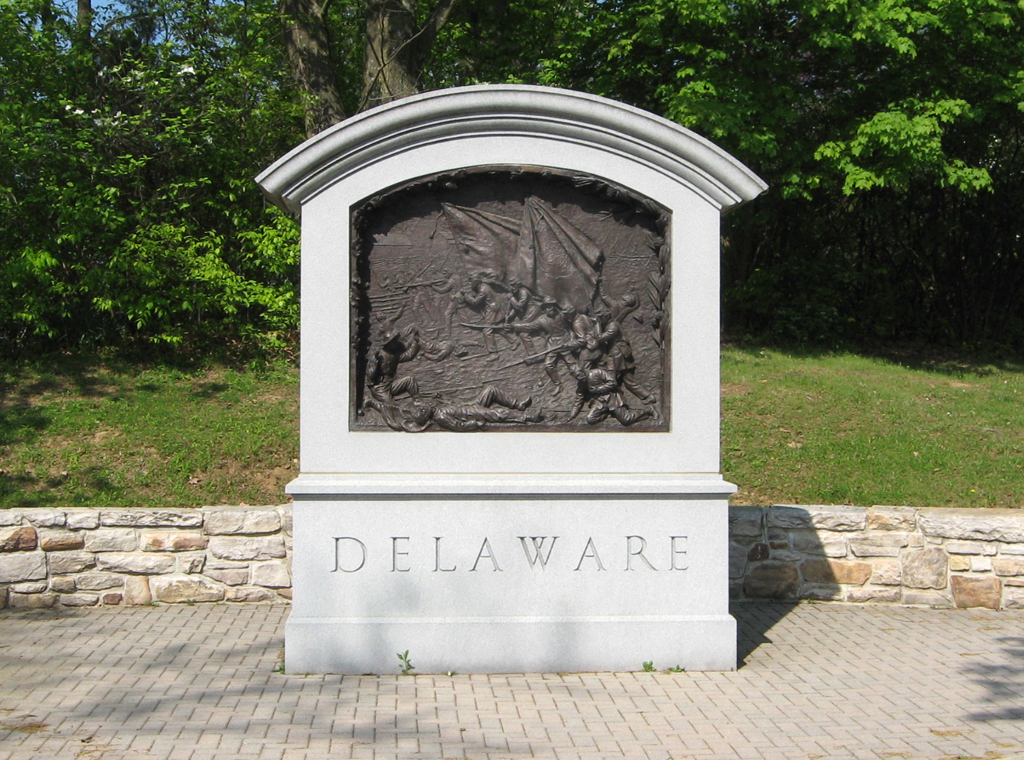 State of Delaware Monument at Gettysburg

W. Barksdale Maynard designed the granite monument. It features a 5′ x 6′ bronze bas-relief depicting the 1st and 2nd Delaware Regiments counterattacking Pickett’s Charge. It was created by sculptor Ron Tunison, who also created the statue of General Crawford, the Friend to Friend Masonic Memorial and the Women’s Memorial at Gettysbburg and the bas reliefs on the Irish Brigade monument at Antietam. 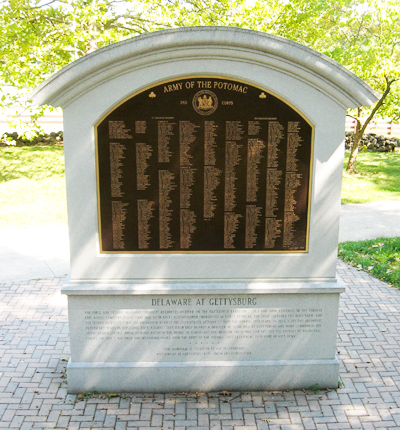 Rear view of the State of Delaware Monument at Gettysburg

From the base on the rear, below the tablet with the rosters of the First and Second Delaware Regiments:

The First and Second Delaware Infantry Regiments arrived on the battlefield early on July 2 and took positions in the Federal line along Cemetery Ridge. That day, both units distinguished themselves in fierce fighting. The First defended the Bliss Farm. And the Second helped to hold the Wheatfield against the Confederate attempt to turn the Federal left flank on July 3. The two regiments played key roles in repulsing Lee’s assault. They each lost nearly a quarter of their men at Gettysburg and were commended for distinguished service. Three soldiers received the Medal of Honor for heroism under fire and two for the capture of regimental colors. On July 5, the First and Second Delaware, with the Army of the Potomac, left Gettysburg in pursuit of Lee’s army.

This memorial is dedicated to all Delawareans who fought at Gettysburg, both Union and Confederate.

Three Delaware regiments are also honored by monuments at Antietam. 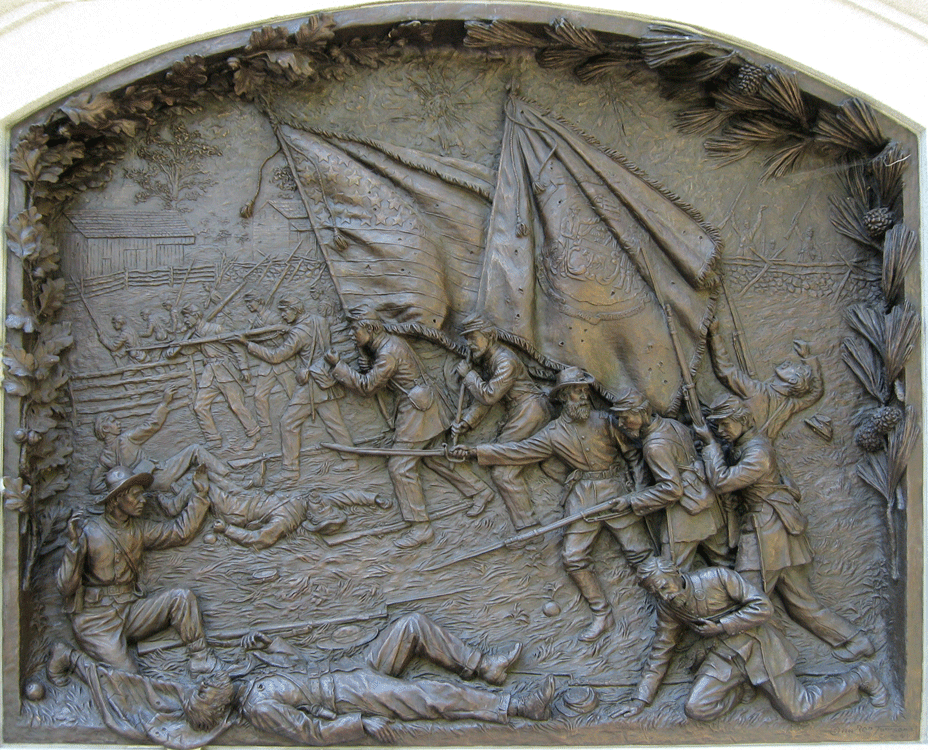 Bas-relief from the State of Delaware monument at Gettysburg

The State of Delaware monument is south of Gettysburg on the west side of Taneytown Road near the site of the old Cyclorama building, about 180 yards south of the west gate to the National Cemetery. (39°48’58.0″N 77°13’56.9″W)