The monument to the 23rd Pennsylvania Volunteer Infantry Regiment is southeast of Gettysburg on Slocum Avenue. (North Culp’s Hill tour map) When it was originally dedicated on August 5, 1886 it was topped by a pyramid of cannon balls. In 1888 it was renovated, moved across the avenue, and topped by the current statue of a Zouave. 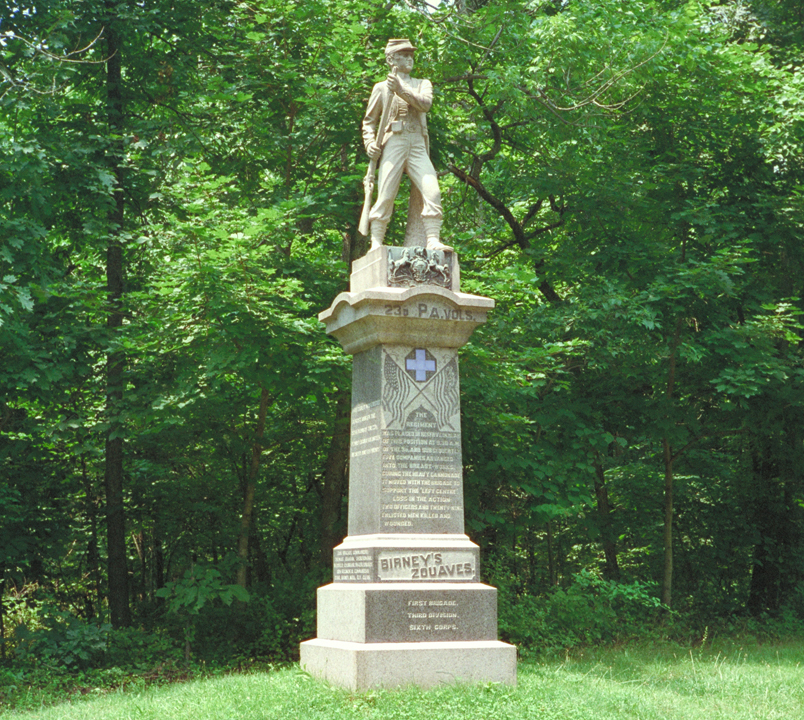 The 23rd Pennsylvania Infantry was commanded at the Battle of Gettysburg by Lieutenant Colonel John F. Glenn. It brought 538 men to the field, losing 1 killed and 13 wounded.

Detail from the front of the monument to the 23rd Pennsylvania

23d Pa. Vols.
The
regiment
was placed in reserve in rear
of this position at 9.30 a.m. of
the 3d, and subsequently
five companies advanced
into the breast-works.
During the heavy cannonade
it moved with the Brigade
to support the ‘left centre’.
Loss in the action:
two officers and twenty-nine
enlisted men killed and
wounded.

About 8 p.m.of July 1, it marched from Manchester thirty seven miles reaching the field about 2 p.m. on July 2. Coming into position about 5 p.m. with Shaler’s Brigade, near Little Round Top on morning of July 3. Ordered to Culp’s Hill, where it remained until ordered to support of left centre. Started in pursuit of Lee July 5.

This tablet was erected August, 1886 by the survivors of the 23d Pennsylvania Volunteer Infantry and its friends. 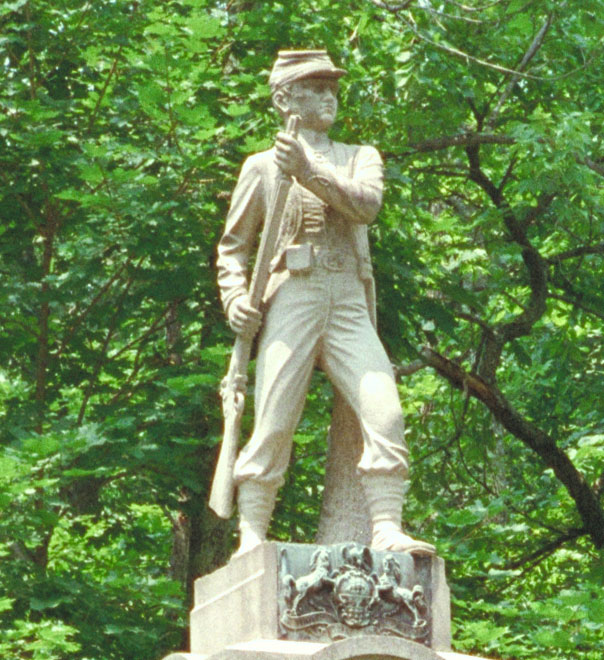 Location of the monument to the 23rd Pennsylvania Infantry at Gettysburg