The monument to the 12th New Hampshire Volunteer Infantry Regiment is south of Gettysburg on Emmitsburg Road next to the Klingle farmhouse. (Emmitsburg Road tour map) 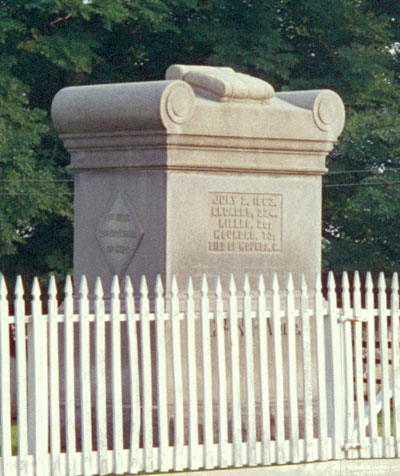 The rectangular granite monument is just over nine feet high. Its scrolled cap is topped with a carved soldier’s knapsack and blanket roll. A relief of the diamond symbol of the Third Corps is on both sides. The monument was erected by the State of New Hampshire on September 28, 1888.

The 12th New Hampshire at Gettysburg

The 12th New Hampshire was commanded at the Battle of Gettysburg by Captain John F. Langley, a machinest from Manchester. The regiment had lost all its field officers in heavy fighting at Chancellorsville in May. It held its ground north of the Klingel Farm when attacked by Wilcox’s Alabama Brigade until it was finally ordered to retreat by General Birney. The noise of the battle was so loud that Captain Langley had to go to each company commander and shout into their ears the order to pull back.

After Captain Langley was wounded in the withdrawal Lieutenant Fernal took over the survivors and returned them to the fight, freeing a number of captured Union troops. Only 50 men mustered for duty the next day under Captain Thomas E. Barker, when they provided support during Pickett’s Charge. 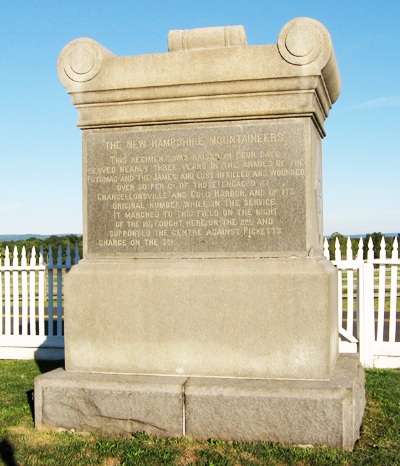 The New Hampshire Mountaineers
This regiment was raised in four days
Served nearly three years in the Armies of the
Potomac and the James and lost in killed and wounded
over 50 per ct of those engaged at
Chancellorsville and Cold Harbor, and of its
original number while in the service
it marched to this field on the night
of the 1st, fought here on the 2nd, and
supported the center against Pickett’s
Charge on the 3rd

Our Union is river, lake, ocean and sky;
Man breaks not the medal, when God cuts the die 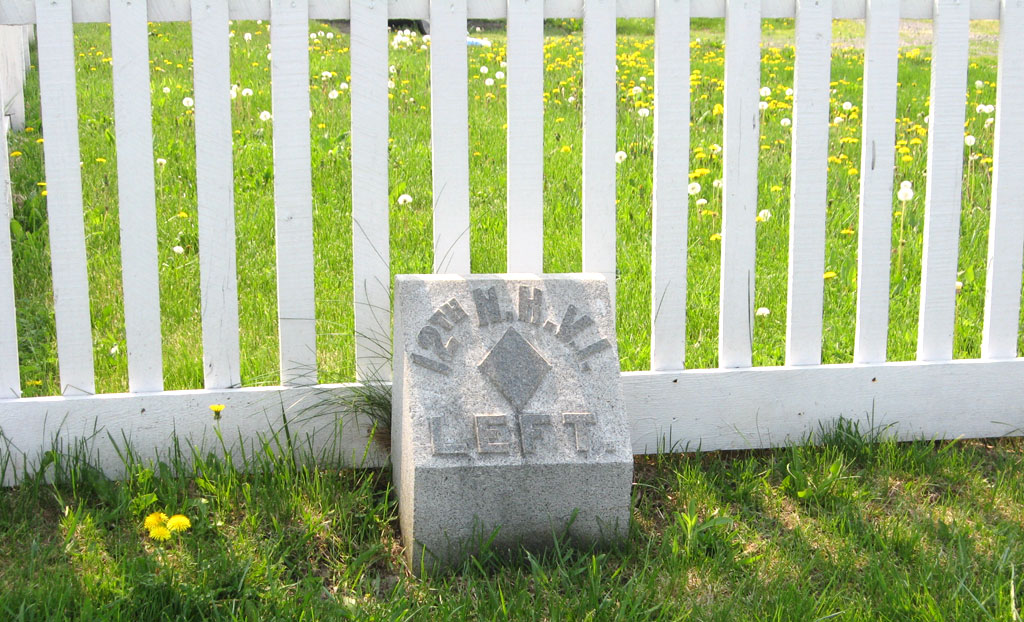