West Confederate Avenue was built by the War Department in 1894. It is a continuation of Seminary Ridge Avenue south of where West Middle Street turns into Fairfield Road on the west side of Gettysburg. Part of the National Park Auto Tour, it is one way southbound after you pass the McMillan house.

The Avenue follows the crest of Seminary Ridge, the starting point for many of the Confederate infantry assaults on July 2 and 3, and the positiion of many Confederate artillery batteries. 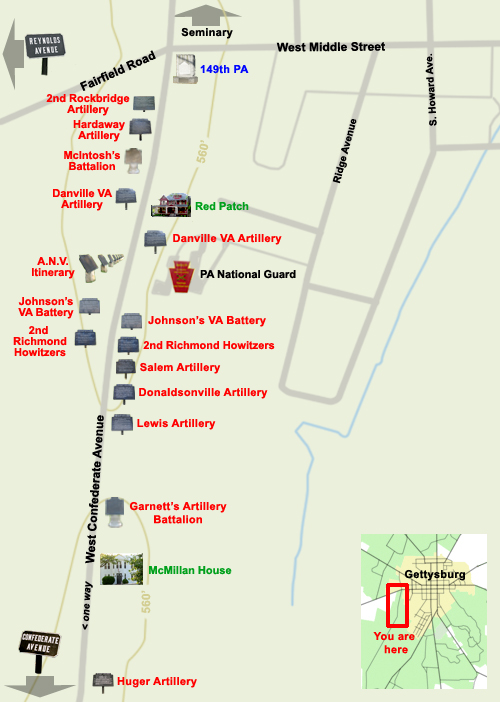