The monument to Brigadier General Stephen Weed and Lieutenant Charles Hazlett is south of Gettysburg on the summit of Little Round Top. (39.792121 N , 77.236583 W; Google map; Tour map: Little Round Top)

This was originally the monument to the 91st Pennsylvania Veteran Volunteers, erected by survivors of the regiment. When state funds became available in 1889 to build a larger monument this memoirial was relocated to a nearby boulder already inscribed to Lt. Hazlett and was altered to honor both Hazlett and Weed.

General Weed (USMA 1854) was the 91st Pennsylvania’s brigade commander and Lieutenant Hazlett (USMA 1861) commanded the artillery battery who supported them during their defence of Little Round Top. Both officers had gone through heroic efforts to get their men on the hill (Battery D had hand-carried their artillery pieces up the rocky hillside) and both died in its defence.

The story developed that General Weed was mortally wounded by a sharpshooter and Lieutenant Hazlett was leaning over him receiving his dying words when Hazlett, too, was struck and killed. While there is some doubt to the accuracy of the story, the monument has helped link the deaths of the two men ever since. 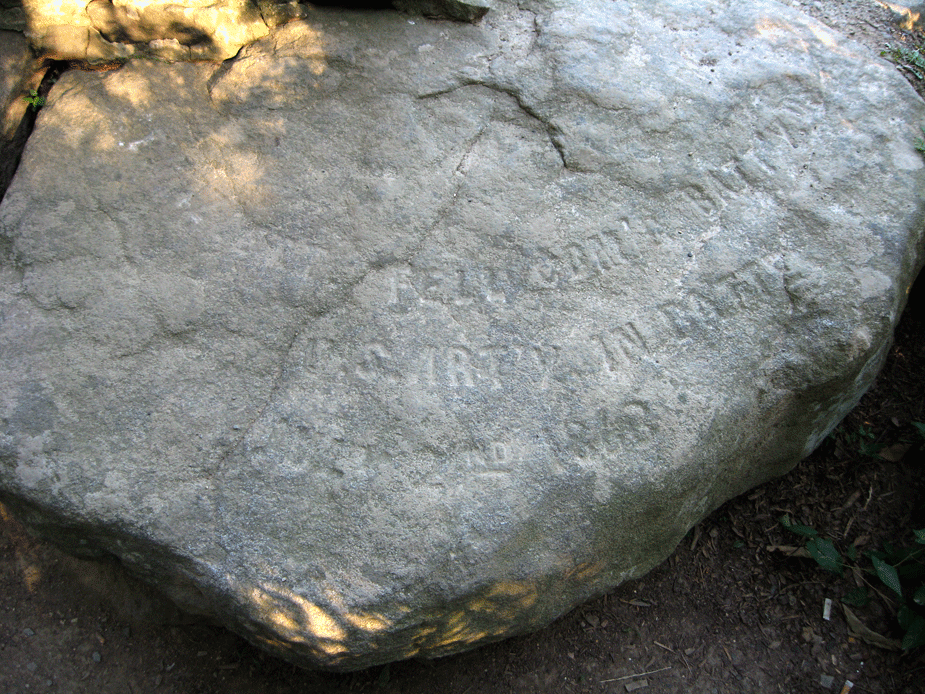 Inscription to Captain Charles Hazlett on a boulder

The monument stands on a boulder with an inscription that is partially visible behind the monument: