Nicholls’ Brigade was commanded at the Battle of Gettysburg by Colonel Jesse M. Wiliams of the Second Louisiana Infantry, who was senior colonel in the brigade. Brigadier General Francis T. Nicholls had been seriously wounded at the Battle of Chancellorsville and would never return to field command. But no permanent commander had been appointed for the brigade and it was still officially “Nicholls’ Brigade,” although it is sometimes referred to as “Williams’ Brigade”.

July 1. Arrived near nightfall and took position east of Rock Creek north of Hanover road and on the right of the Division.

July 2. About 6 P. M. changing to left of Jones’s Brigade crossed the creek attacked Union forces on Culp’s Hill drove in their outposts and reached and held a line about 100 yards from their breastworks against which a steady fire was maintained for hours and some vigorous but unsuccessful assaults made.

July 3. At dawn the Brigade reopened fire and continued it for many hours then retired to line near the creek whence about midnight it moved with Division and Corps to Seminary Ridge. 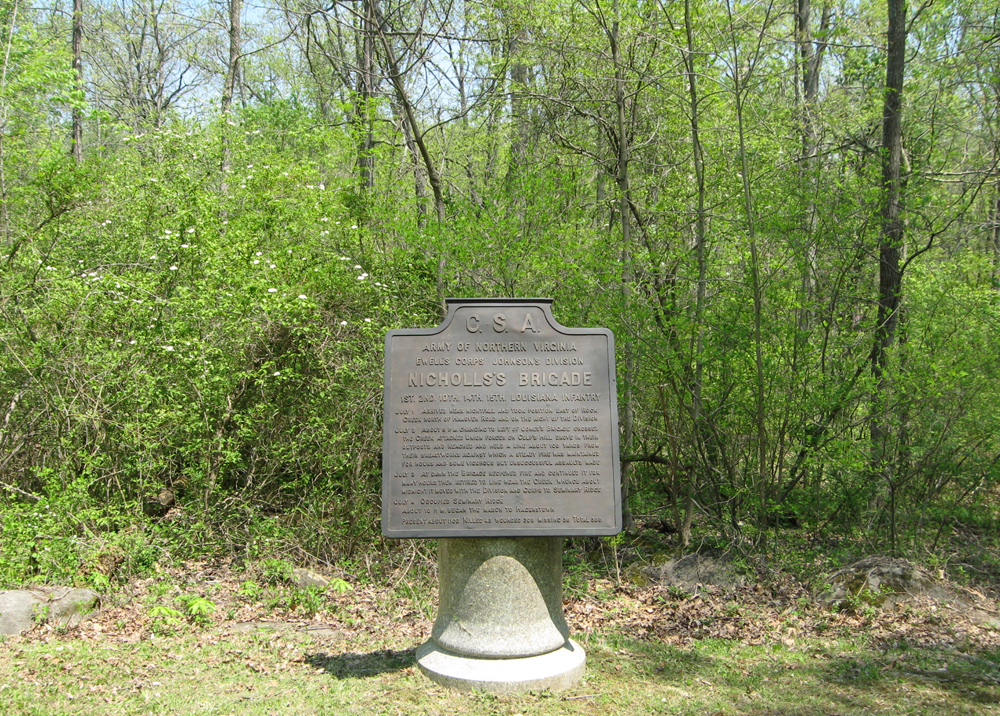 See more on the history of the regiments of Nicholls’ Brigade in the Civil War: