Kemper’s Brigade was the right flank brigade of Pickett’s Charge and suffered heavy casualties not only from Union defenders in their front but also from the Vermont Brigade which swung out from the Union line and attacked their flank after they crossed Emmitsburg Road. 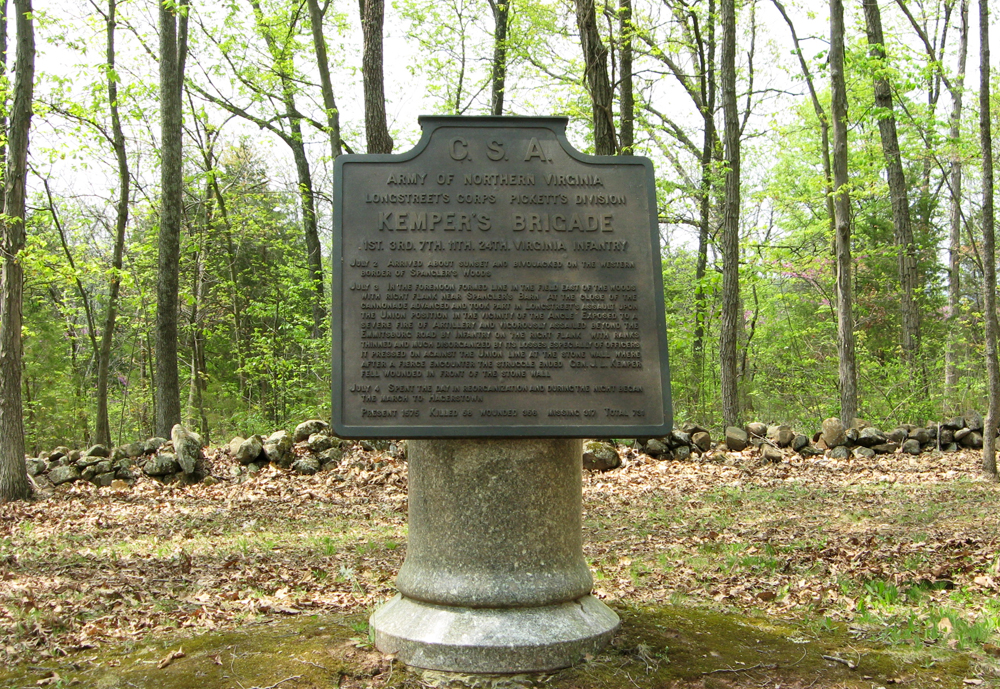 July 2. Arrived about sunset and bivouacked on the western border of Spangler’s Woods.

July 3. In the forenoon formed line in the field east of the woods with right flank near Spangler’s Barn. At the close of the cannonade advanced and took part in Longstreet’s assault upon the Union position in the vicinity of the Angle. Exposed to a severe fire of artillery and vigorously assailed beyond the Emmitsburg Road by infantry on the right flank with ranks thinned and much disorganized by its losses especially of officers it pressed on against the Union line at the stone wall where after a fierce encounter the struggle ended. Gen. J. L. Kemper fell wounded in front of the stone wall.

July 4. Spent the day in reorganization and during the night began the march to Hagerstown.

Brigadier General James L. Kemper commanded the brigade at the Battle of Gettysburg. Kemper was a Virginia lawyer and politician. He was badly wounded leading the brigade in the charge on July 3rd, briefly captured, rescued by Sergeant Leigh Blanton of the 1st Virginia Infantry, and brought back to Confederate lines. He was again captured by Union forces on the retreat to Virginia. Although exchanged on September 19th he was too badly wounded to resume field command. Colonel Joseph Mayo, Jr. of the Third Virginia took over the survivors of the brigade. 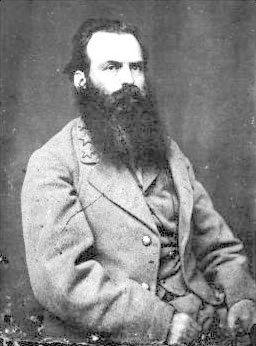 Location of the monument to Kemper’s Brigade

The monument is southwest of Gettysburg on the west side of West Confederate Avenue, which is one way southbound at this point. It is about 680 feet south of the State of Virginia monument. (39°48’45.6″N 77°15’06.9″W)