The monument to Doles’ Brigade of the Army of Northern Virginia is north of Gettysburg on Howard Avenue. (Howard Avenue West tour map)

The brigade was commanded at the Battle of Gettysburg by Brigadier General George P. Doles, a Georgia businessman and militia officer. It took part in the attack on July 1st which overran the Union 11th Corps in its position north of Gettysburg and pursued it through town.

The brigade was not engaged for the rest of the battle, occupying a quiet sector of the Confederate line southwest of Gettysburg.

Monument to Doles’ Brigade at Gettysburg

July 1. About 1 P. M. the Brigade formed line in the fields east of Oak Hill and skirmished with Union 2nd Brigade First Cavalry Division and aided Gordon’s Brigade in dislodging the Union forces from Barlow Knoll and their line from thence to the Heidlersburg Road. Then joined Ramseur and others in their attack upon the rear of First Corps which after a long struggle was compelled to retire from Seminary Ridge. The Brigade took many prisoners from the First and Eleventh Corps which it pursued to the southern borders of the town.

July 2. Lay all day in the town on West Middle Street. After dark moved out to aid in a contemplated attack on Cemetery Hill.

July 3. In line with other brigades in the sunken road southwest of town.

July 4. On Seminary Ridge all day. At night began the march to Hagerstown. 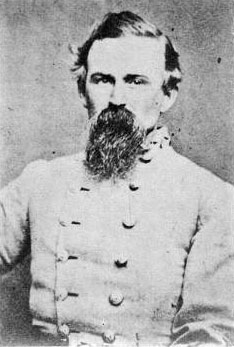