The brigade was commanded at the Battle of Gettysburg by Brigadier General Junius Daniel (West Point Class of 1851) from North Carolina, who had served several years in the army before resigning to become a planter in Louisiana. 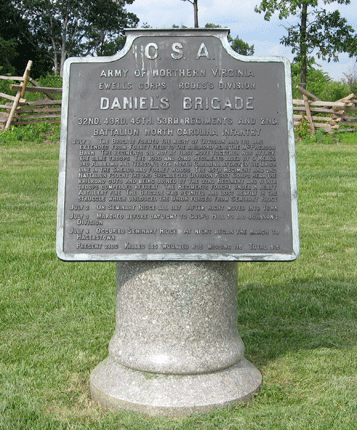 Monument to Daniel’s Brigade on Oak Hill at Gettysburg

From the monument on Oak Hill:

July 1. The Brigade formed the right of Division and its line extended from Forney Field to the railroad near the McPherson Barn. The regiments did not at first move together nor attack the same troops. The 43rd and 53rd Regiments aided by O’Neal’s 3rd Alabama and Iverson’s 12th North Carolina attacked the Union line in the Sheads and Forney Field. The 45th Regiment and 2nd Battalion fought the 2nd Brigade 3rd Division First Corps near the railroad cuts and being joined by the 32nd Regiment and other troops compelled retreat. The regiments fought under a heavy artillery fire. The Brigade was reunited and lost heavily in the struggle which dislodged the Union forces from Seminary Ridge.

July 2. On Seminary Ridge all day. After night moved into town. 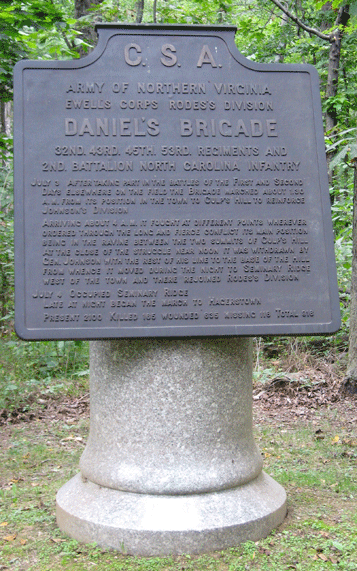 Monument to Daniel’s Brigade on East Confederate Avenue at Gettysburg

July 3. After taking part in the battles of the First and Second days elsewhere on the field the Brigade marched about 1.30 A. M. from its position in the town to Culp’s Hill to reinforce Johnson’s Division. Arriving about 4 A. M. it fought at different points wherever ordered through the long and fierce conflict its main position being in the ravine between the two summits of Culp’s Hill. At the close of the struggle near noon it was withdrawn by Gen. Johnson with the rest of the line to the base of the hill from whence it moved during the night to Seminary Ridge west of the town and there rejoined Rodes’s Division. 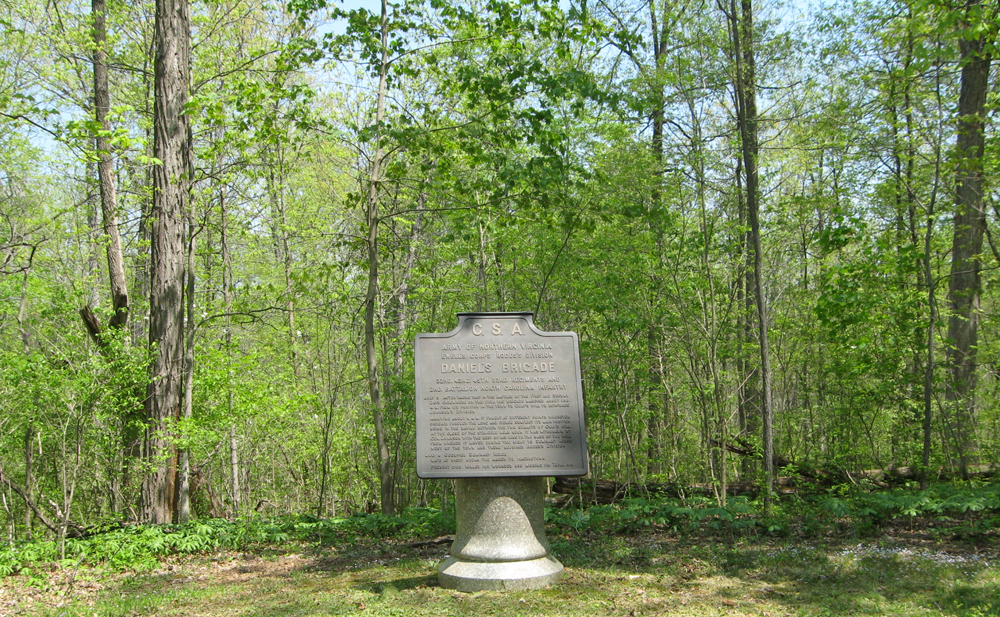