The monument to the 1st West Virginia Volunteer Cavalry Regiment is south of Gettysburg on Taneytown Road north of the Hummelbaugh farm. (Pleasonton Avenue tour map)  The State of West Virginia dedicated the monument on September 28, 1898. 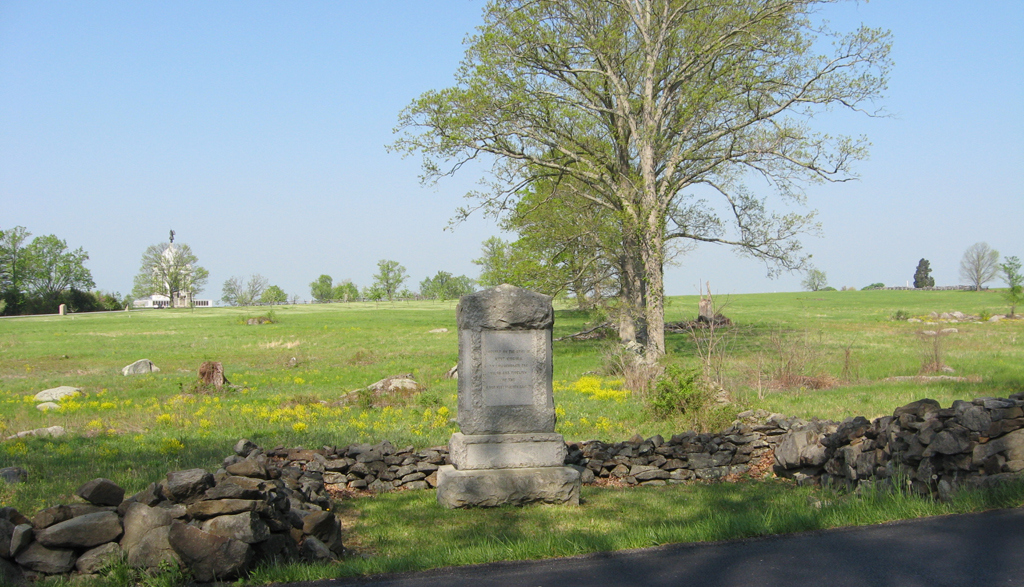 Monument to the 1st West Virginia Cavalry Regiment at Gettysburg

The granite monument stands 8′ 4″ tall. It is an unusual placement for a monument at Gettysburg, as it marks where the regiment arrived on the battlefield on July 3rd and not where it was in action that afternoon, which was on the left flank of the army. It was decided to place the monument on Taneytown Road because at the time it was a much more accessible and visited part of the battlefield.

Colonel Nathaniel P. Richmond was in command of the regiment at Gettysburg. It brought 436 men to the field in ten companies. Companies A and I were not present. The regiment lost four men killed, four wounded and four missing.

The regiment was part of the 1st Brigade, 3rd Division of the Cavalry Corps. Colonel Richmond took over the brigade after the death of Brigadier General Elon Farnsworth at the end of July 3rd. Major Charles E. Capehart then took command of the regiment.

Colonel Richmond led the brigade south after the battle. During the night of July 4-5 it struck Lee’s retreating army at Monterey Gap during a wild night battle in a howling thunderstorm. Major Capehart led the regiment in a charge down the mountainside that captured numerous prisoners and destroyed many wagons, for which he was awarded the Medal of Honor.