Captain Frederick M. Edgell of Manchester commanded the battery at the Battle of Gettysburg. It brought 111 men to the field. They manned four 6″ Ordnance Rifles. The 1st Battery was assigned to the Huntington’s 3rd Volunteer Brigade of the Artillery Reserve.

The battery arrived on the field on the afternoon of July 2 around 4 p.m. and was posted to the position marked by the monument. They relieved the 2nd Maine Battery, which had four of its six cannon disabled in two days of fighting and the retreat from Seminary Ridge. Edgell’s battery was ordered later in the day to a position south of Evergreen Cemetery along Baltimore Pike. From this location they helped throw back the Confederate attack on Cemetery Hill that evening. The battery returned to its original position in the early afternoon of July 3 and participated in the repulse of Pickett’s Charge. The 1st Battery lost three men wounded. 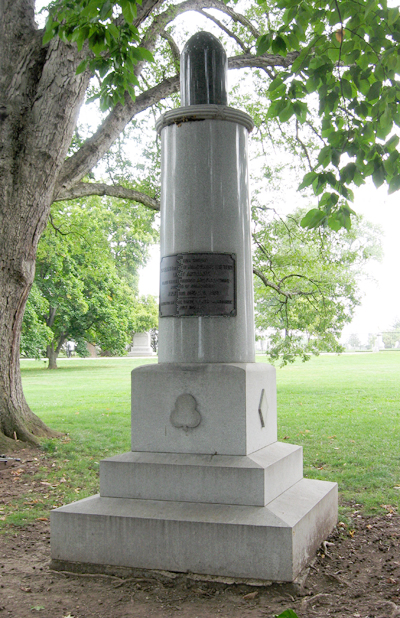 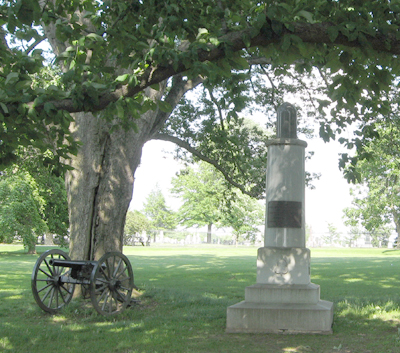 View of the monument in the National Cemetery