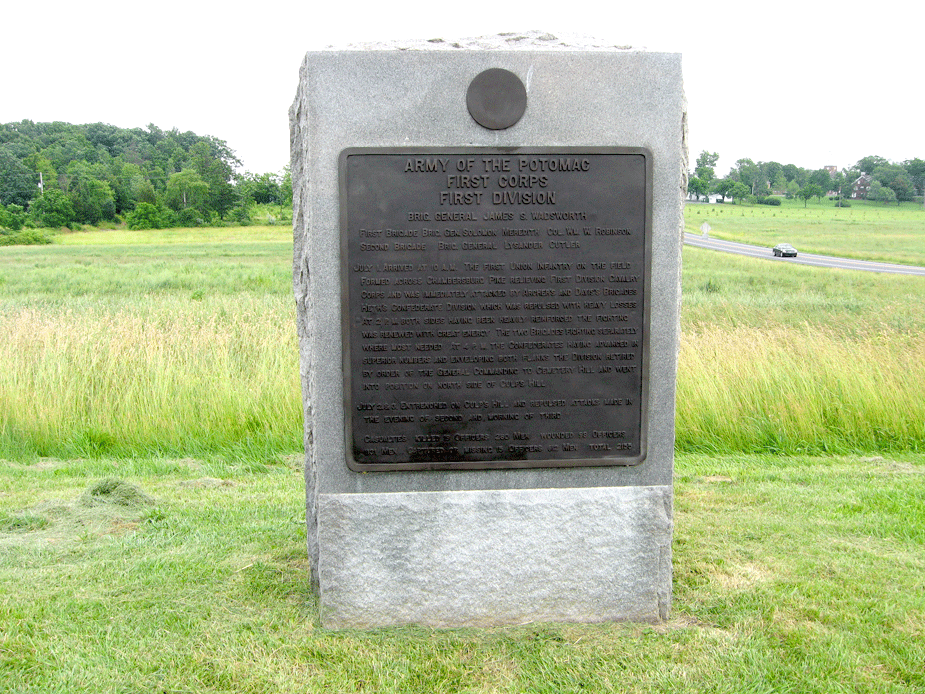 The view looks east at the monument to the 1st Division, 1st Corps. Chambersburg Road is on the right of the photo. The road was the main route to Gettysburg for much of the Confederate Army, and General Robert E. Lee made his headquarters on July 2 and 3 on the ridge behind the monument. The buildings on the ridgeline to the right in the distance is the Lutheran Theological Seminary.

July 1. Arrived at 10 A. M. the first Union Infantry on the field. Formed across Chambersburg Pike relieving First Division Cavalry Corps and was immediately attacked by Archer’s and Davis’s Brigades Heth’s Confederate Division which was repulsed with heavy losses. At 2 P. M. both sides having been heavily reinforced the fighting was renewed with great energy. The two brigades fighting separately where most needed. At 4 P. M. the Confederates having advanced in superior numbers and enveloping both flanks the Division retired by order of the general commanding to Cemetery Hill and went into position on north side of Culps Hill.

July 2 & 3. Entrenched on Culp’s Hill and repulsed attacks made in the evening of second and morning of third.

Location of the monument to the 1st Division at Gettysburg