A copy of the Gettysburg statue to Reverend Father William Corby is in front of Corby Hall at Notre Dame University. The tablets on the front and side base of the statue are also duplicates of Gettysburg tablets. 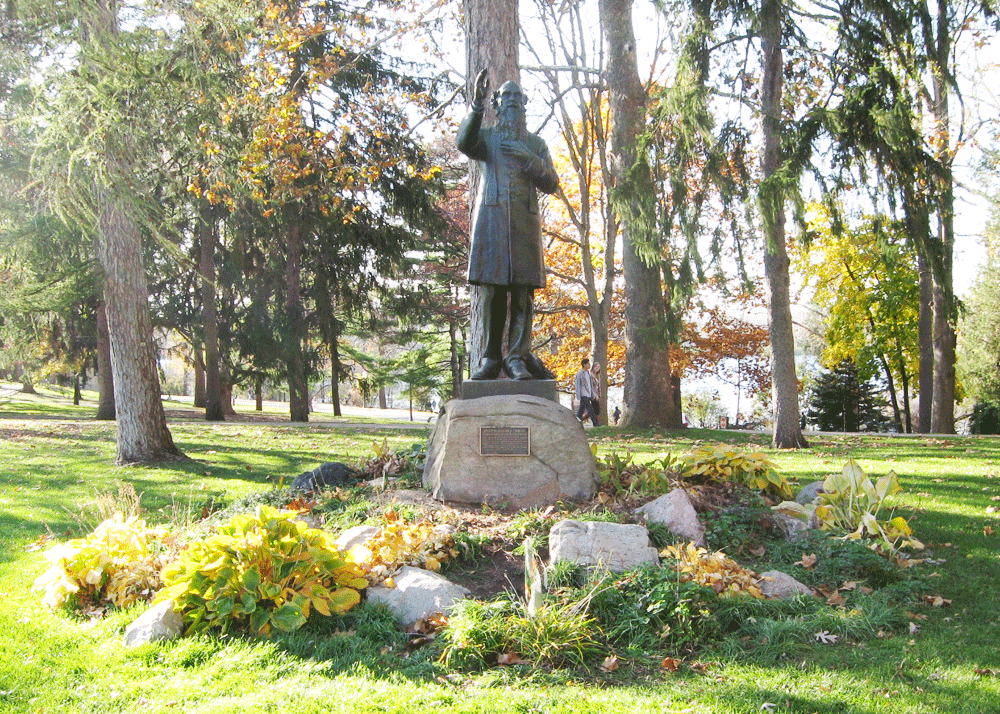 From the plaque below the statue

Closeup of the marker beside the statue

From the tablet beside the statue

A tablet beside the statue gives a brief background on Father Corby at Gettysburg:

The first bronze sculpture of Chaplain William Corby by Samuel Murray was dedicated on the Gettysburg battlefield by Civil War veterans of the five regiments of the Union Army’s Irish Brigade. His statue is on the same boulder of Cemetery Ridge where he stood to give the soldiers General Absolution on July 2, 1863, the second day of the three-day battle

Minutes later the Irish Brigade went into action at Little Round Top and the Wheatfield. The Brigade lost 27 killed, 109 wounded, and 62 missing. Gettysburg’s individual statues are of generals, except President Lincoln, Chaplain Corby, and a civilian.

The statue stands in front of Corby Hall