The State of Georgia monument is southwest of Gettysburg on Warfield Ridge. (West Confederate Avenue – Part 5 tour map) The monument is near the location where General Semmes’ Georgia Brigade began its attack toward the Wheatfield on July 2nd.

During the centennial of the Civil War in 1961 Georgia erected identical statues on the battlefields of Gettysburg and Antietam honoring her Confederate veterans. They were dedicated in September of that year. Sculptor Harry Sellers created the monument. Marietta Memorials fabricated it. It is composed of Georgia blue granite standing 15 1/2 feet high, with the state seal of Georgia on the front and back.

Georgia provided over 13,000 men to the Army of Northern Virginia at Gettysburg. Georgia regiments were in all three Army Corps and in Stuart’s Cavalry Division. The Army’s second in command, James Longstreet, was from Georgia. Over 2,700 Georgians became casualties in the battle. This was the third largest contingent and the third highest casualties of the Confederate states in the battle (see the States at Gettysburg).

Monument to the State of Georgia at Gettysburg 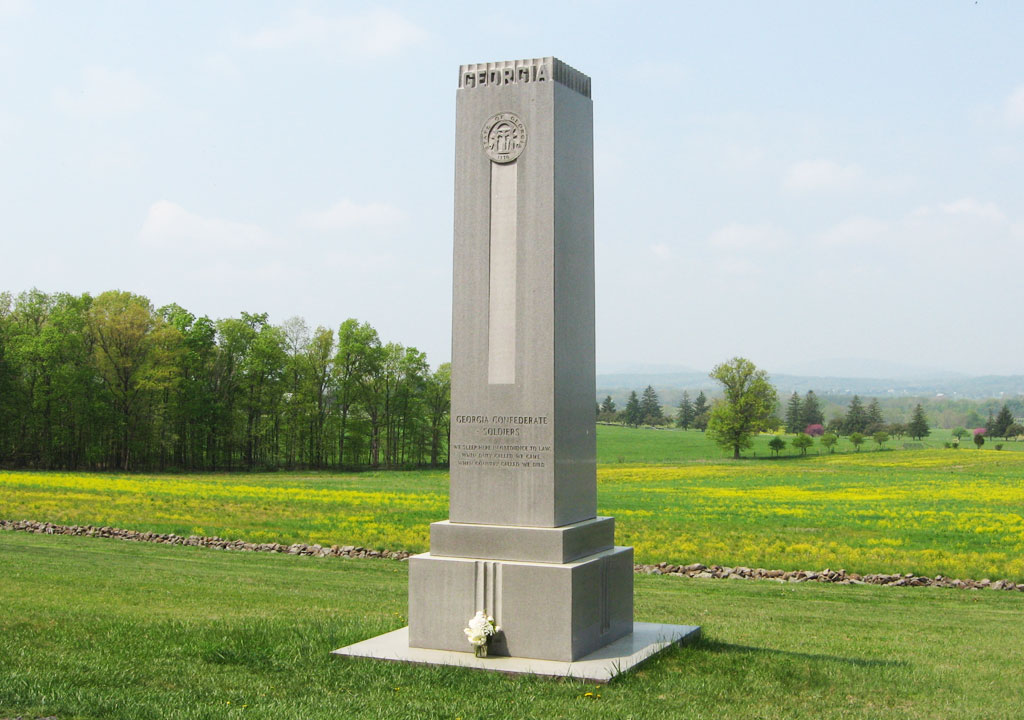 Location of the Georgia monument at Gettysburg