July 1. Arrived near nightfall and took position east of Rock Creek and north of Hanover road with pickets advanced to the front.

July 2. About 4 P. M. moved forward to support artillery on Benner’s Hill. Crossed Rock Creek at 6 P. M. and assailed the Union position on the summit of Culp’s Hill charging up to the Union breastworks and continuing the struggle until dark.

July 3. In line near here all day sometimes skirmishing heavily. About midnight moved with the Division and Corps to Seminary Ridge northwest of the town.

The brigade was commanded at the Battle of Gettysburg by Brigadier General John Marshall Jones. Jones suffered a bad head wound in the attack on Culp’s Hill on July 2nd. Lieutenant Colonel Robert H. Dungan of the 48th Virginia Infantry Regiment was the highest ranking unwounded field officer and took over the brigade for the rest of the battle.

John M. Jones had taken over the brigade after the Battle of Chancellorsville from Brigadier General John R. Jones – no relation – causing headaches for historians. To add to the confusion there is also a Jones’ Artillery Battalion in Ewell’s Corps of the Army of Northern Virginia. 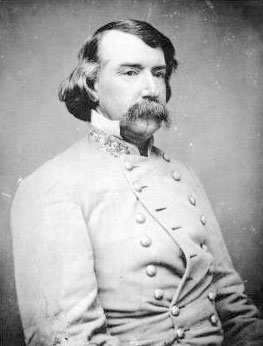 Location of the monument to Jones’s Brigade