Henry Wentz, ordnance sergeant for the battery, was a Gettysburg native whose parents lived just north of the Peach Orchard. The battery fought just a short distance from his parents’ home on July 2nd. 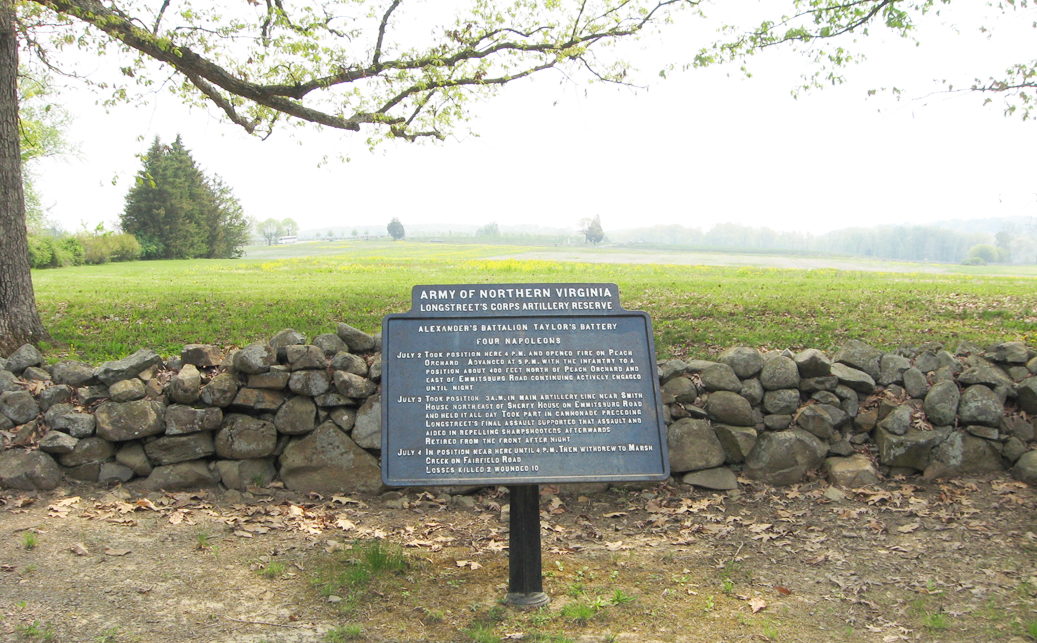 July 2. Took position here 4 P. M. and opened fire on Peach Orchard. Advanced at 5 P. M. with the infantry to a position about 400 feet north of Peach Orchard and east of Emmitsburg Road continuing actively engaged until night.

July 3. Took position 3 A. M. in main artillery line near Smith House northeast of Sherfy House on Emmitsburg Road and held it all day. Took part in the cannonade preceding Longstreet’s final assault supported that assault and aided in repelling sharpshooters afterwards. Retired from the front after night.

July 4. In position near here until 4 P. M. Then withdrew to Marsh Creek on Fairfield Road.

Looking southeast at the marker for Taylor’s Battery flanked by two 12-pounder Napoleons. In the distance Big Round Top is partially obscured by two trees while Little Round Top is to the left of the marker.