Marker for the Pee Dee Artillery at Gettysburg

July 1. Three guns were in position on the ridge west of Herr’s Tavern actively engaged and did effective service. The other was disabled for the day by accident while hastening into action.

July 2. Early in the morning took position here and at intervals was engaged with the Union batteries endeavoring especially to enfilade them when they sought to concentrate their fire upon the Confederate right.

July 3. Took an active part in all the operations of the artillery including the cannonade preceding Longstreet’s assault.

July 4. Withdrew about sunset and began the march to Hagerstown. 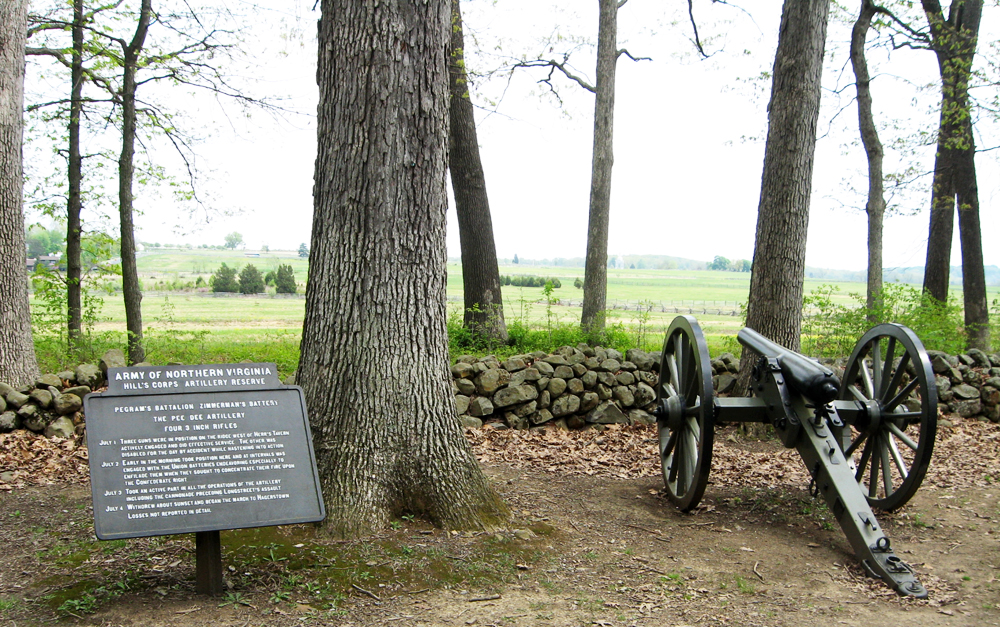 Location of the marker

The marker for the Pee Dee Artillery is southwest of Gettysburg on the east side of West Confederate Avenue, which is one way southbound at this point. It is about 160 feet south of the driveway to the McMillan Woods Youth Campground. (39°49’14.2″N 77°14’46.7″W)

See more on the history of the Pee Dee (South Carolina) Artillery in the Civil War.
↑